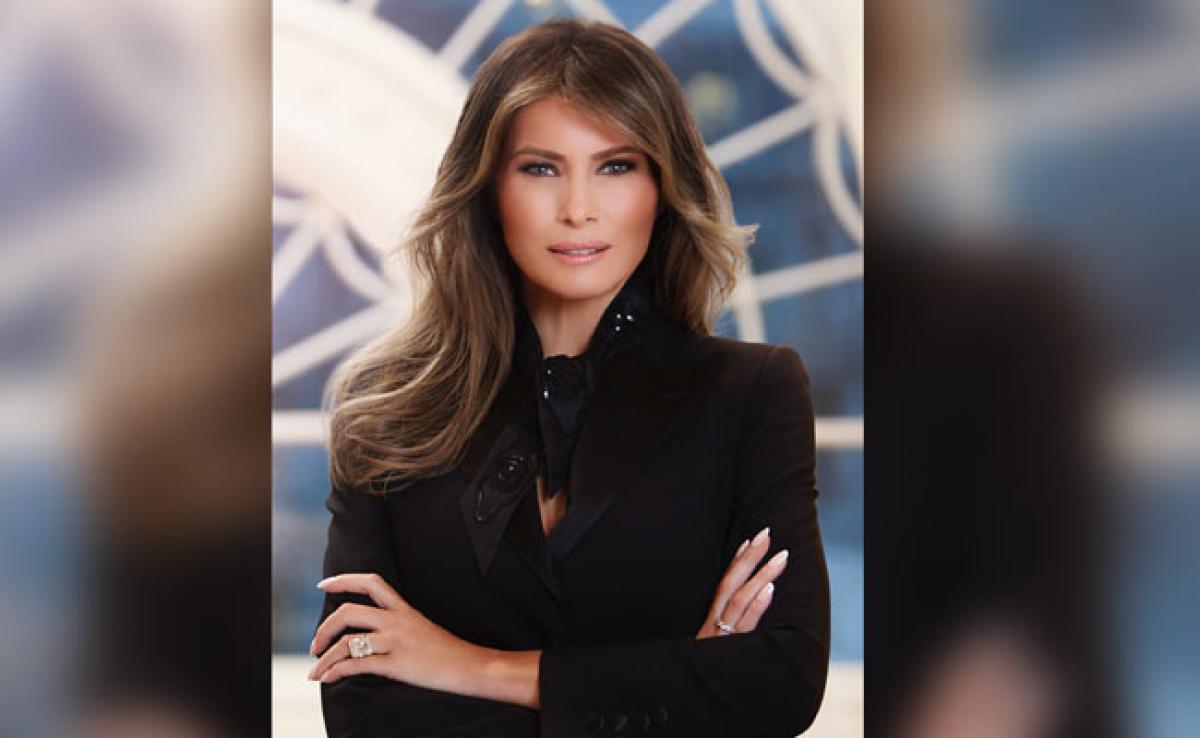 The White House has released the official portrait of First Lady Melania Trump, with the photograph of the former model dividing public opinion.

The White House has released the official portrait of First Lady Melania Trump, with the photograph of the former model dividing public opinion.

Trump is shown from the waist up, standing with arms crossed, dressed in a black jacket with a black bow around her neck. She's wearing a very large diamond ring on her left hand, and a more subdued sparkler on her right.

Shot by Belgian-born photographer Regine Mahaux, who has reviously worked with the Trump family, the first lady is smiling slightly, with a perfectly flawless visage.

"I am honored to serve in the role of first lady, and look forward to working on behalf of the American people over the coming years," Trump said in a short statement accompanying the photo's release.

While some commenters gushed that the first lady was "beyond beautiful" and "gorgeous," others mocked the image as highly airbrushed and compared the gauzy background -- a window in the White House residence -- to 1990s school portrait settings.

While every other modern first lady has accompanied her husband to Washington, the 46-year-old Trump has remained at her luxury triplex penthouse in Manhattan and not made many public appearances.

Trump has said she would remain in New York until son Barron finishes the school year.

It's not the first time that a first lady portrait has stoked controversy. Michelle Obama was criticised for wearing a sleeveless dress in her first official portrait in 2009, with some saying the bare arms were too casual.