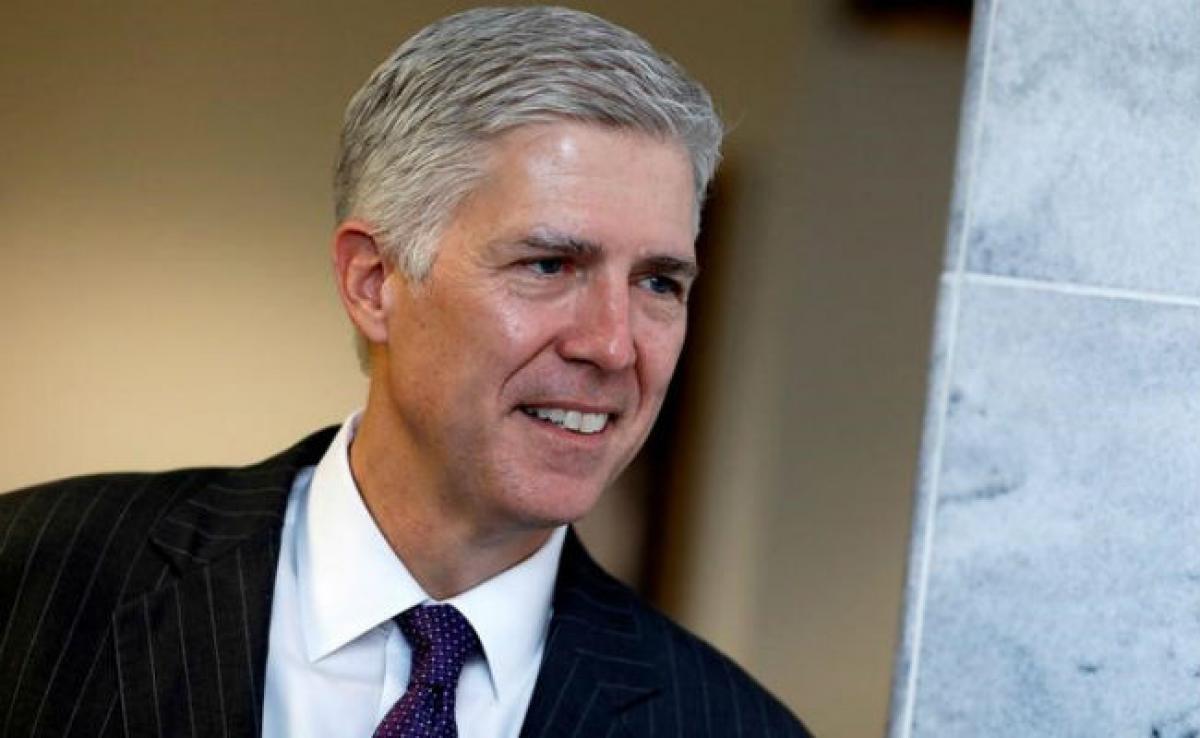 Neil Gorsuch was sworn in Monday as the US Supreme Court-'s ninth justice, retilting the bench to the right as he filled the seat left vacant by last...

Neil Gorsuch was sworn in Monday as the US Supreme Court's ninth justice, retilting the bench to the right as he filled the seat left vacant by last year's death of conservative icon Antonin Scalia.

Confirmed by the Senate Friday after a bitter months-long fight, Gorsuch was sworn in by Chief Justice John Roberts in a private ceremony at the Supreme Court attended by the other justices and Gorsuch's family.

He will take a second oath later in the day at a public White House ceremony officiated by Justice Anthony Kennedy.

His nomination to a life term marked President Donald Trump's first opportunity to shape for a generation a court that is the ultimate arbiter of many of the most contentious issues in American life.

In Gorsuch, Trump picked a respected federal appeals court judge who is seen as a fervent disciple of Scalia and a brand of conservative jurisprudence that calls for the strict interpretation of the US Constitution as its writers intended.

The Senate voted 54-45 to confirm him, but only after Republican leader Mitch McConnell swept aside longstanding rules to overcome a Democratic filibuster.

Democrats angrily fought the nomination to the end because McConnell had blocked former president Barack Obama's nominee for the seat, Merrick Garland, after Scalia's sudden death in February 2016.

Since Scalia's death, the court has been evenly divided between the liberal and conservative wings, though Kennedy, a conservative, is looked to as a sometime swing voter.

Trump called Gorsuch's nomination process "the most transparent and accessible in history."

"As a deep believer in the rule of law, Judge Gorsuch will serve the American people with distinction as he continues to faithfully and vigorously defend our Constitution," he said after his confirmation.

A silver-haired, square-jawed jurist with a folksy manner, the 49-year-old Gorsuch was a federal appeals court judge in Colorado when Trump picked him for the top court.

His credentials include degrees from Columbia, Harvard Law and Oxford and clerkships with two Supreme Court justices, the late Byron White and Kennedy, who will be administering the oath to his protege in the White House Rose Garden.

As a Justice Department lawyer from 2005-2006, Gorsuch led all government litigation arising from the US war on terror, including its defense of the extraordinary rendition of Khaled el-Masri, a German-Lebanese citizen who was handed over to the CIA in Macedonia in 2003 and flown to Afghanistan.

El-Masri was eventually released after the CIA admitted it had made a mistake.

During his confirmation hearing, Gorsuch said his work for the Justice Department should be seen as representing the views of his client -- the government -- rather than his own.