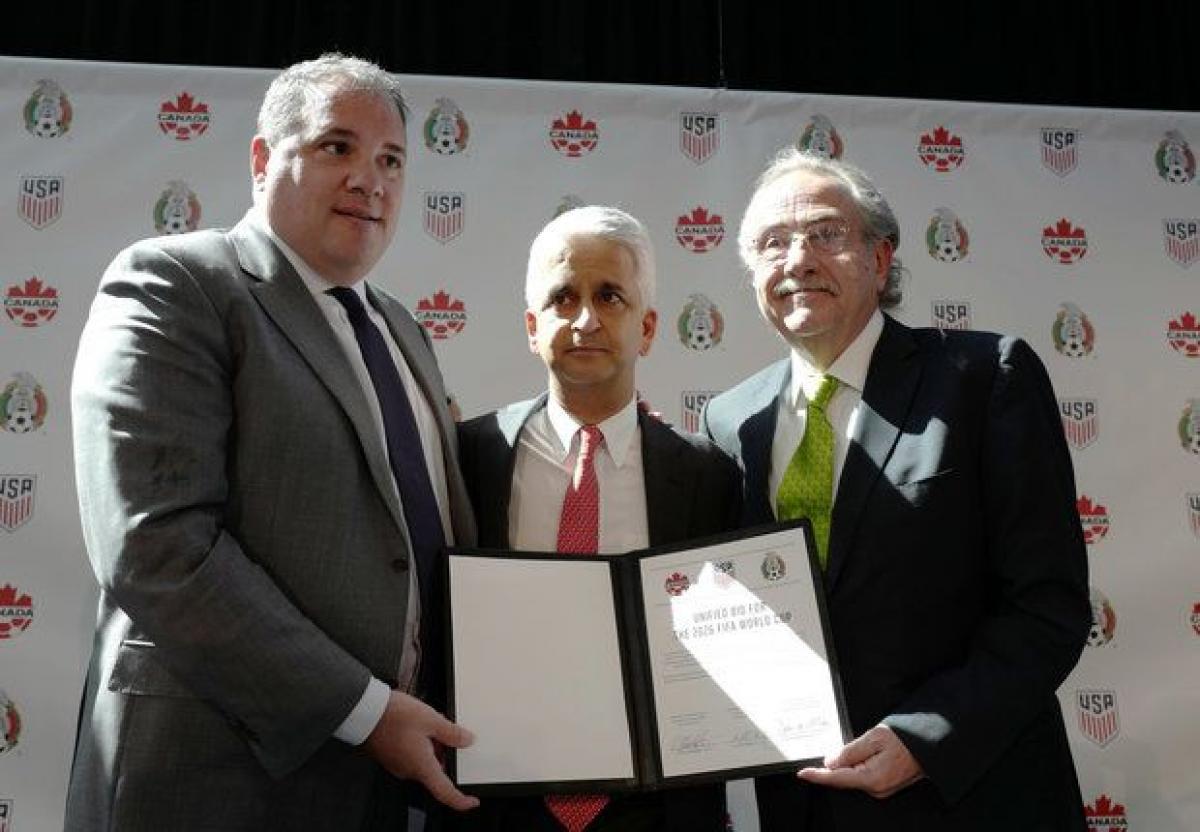 The US, Mexico and Canada on Monday announced their intention to submit a joint bid to co-host the 2026 FIFA World Cup, a media report said.

The US, Mexico and Canada on Monday announced their intention to submit a joint bid to co-host the 2026 FIFA World Cup, a media report said.

According to ESPN, the US was planning to host three-quarters of the games, including the semifinals and final.

The bid, announced atop the Freedom Tower at the World Trade Center site in lower Manhattan, aims to be the first World Cup to have three host countries.

If successful, it would mark just the second time that the tournament has had multiple hosts after the 2002 World Cup was co-hosted by Japan and South Korea.

With the 2026 World Cup expanding from 32 to 48 teams, and thus increasing the number of matches from 64 to 80, the joint bid is heavily favoured to be chosen.

US Soccer president Sunil Gulati said the US would host 60 games, while 10 each are played in Mexico and Canada.