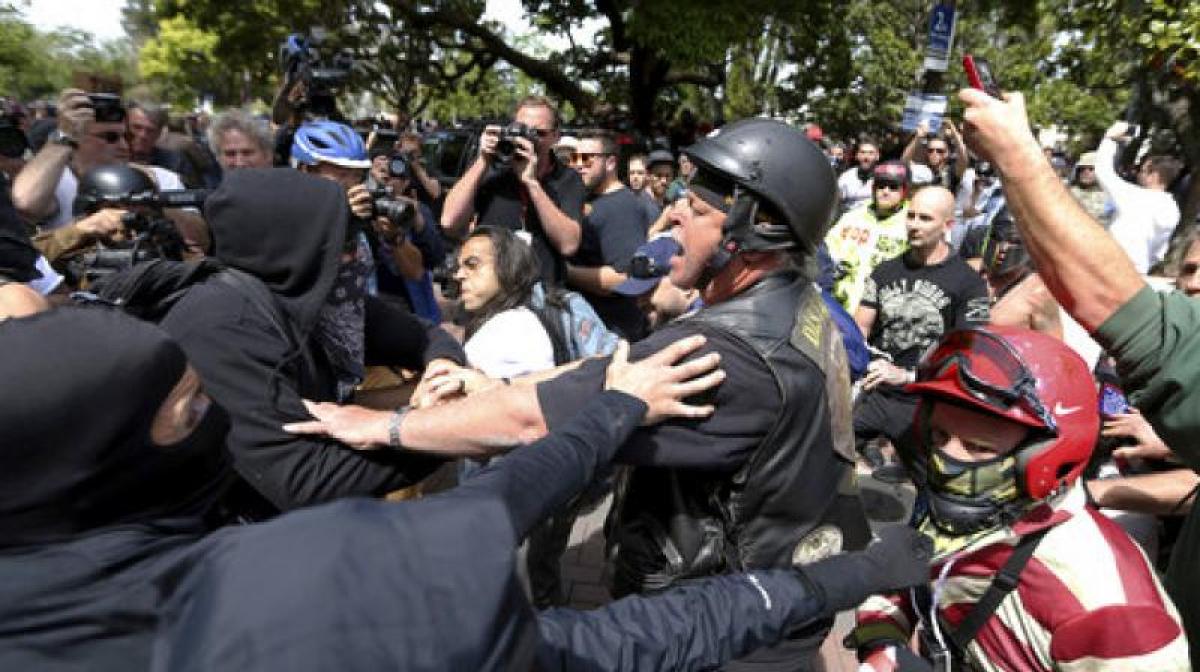 At least 20 people were arrested after violence broke out between groups of supporters and detractors of President Donald Trump holding rallies in...

At least 20 people were arrested after violence broke out between groups of supporters and detractors of President Donald Trump holding rallies in downtown Berkeley, authorities said.

About 200 people were at Berkeley's Martin Luther King Jr Civic Center Park when several fights broke out. Dozens of police officers in riot gear standing nearby quickly arrested one man. Others were arrested after several skirmishes.

Trump supporters announced earlier in the week that they were holding a "Patriot Day" at the park at noon that would feature speeches by members of the alt-right, an amorphous fringe movement that uses internet memes, message boards and social media to spread a hodgepodge of racism, anti-Semitism, misogyny and xenophobia.

Counter-demonstrators then said they would hold a rally at the same place at 10 am. Police put in a makeshift barrier of plastic orange poles and orange fence mesh to separate both sides, but that quickly came down as demonstrators started punching and kicking each other, while pepper spray and firecrackers were thrown to the crowd.

After the barrier was put back in place, demonstrators shouted at each other from a distance, the San Francisco Chronicle reported.

The groups then left the park and walked on Berkeley streets with police closely following them. Photographs of the scene showed at least two men with bloodied faces.

Authorities had said ahead of the rallies, that baseball bats, sticks, flagpoles and any items that could be used as a weapon were banned at the park. Officers on Saturday confiscated sticks, knives, flagpoles and helmets and sticks with signs on them.

The rally followed March 4 demonstrations at the same park planned by some of the same groups and that ended in violent clashes. Several people were injured and police arrested 10 demonstrators.

In February, protesters threw rocks, broke windows and set fires outside the University of California, Berkeley's student union building, where then-Breitbart News editor and provocateur Milo Yiannopoulos was set to speak. His presentation was cancelled.