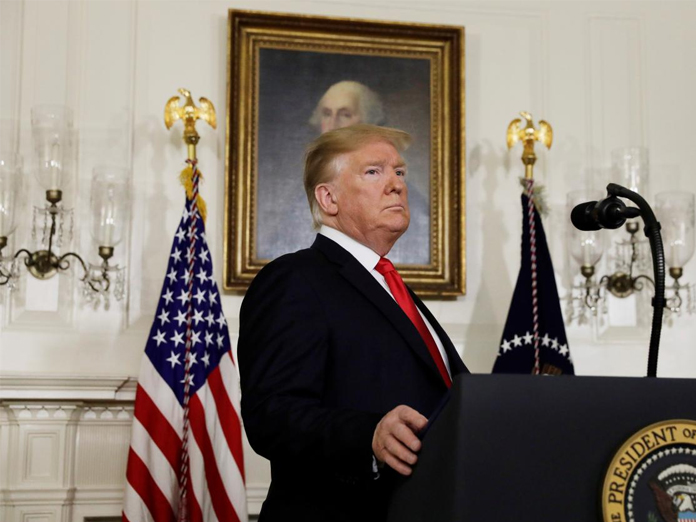 Some Democratic lawmakers have already called the proposal unacceptable, saying it trades temporary legal protections for some immigrants for an ineffective and costly border wall

U.S. President Donald Trump laid out a proposal on Saturday to end a 29-day partial government shutdown, standing by his demand for $5.7 billion to build a barrier on the U.S.-Mexico border but offering some concessions to Democrats.

Some Democratic lawmakers have already called the proposal unacceptable, saying it trades temporary legal protections for some immigrants for an ineffective and costly border wall.

Here is what Trump proposed in his speech:

- $800 million in humanitarian assistance for migrants.

- The hiring of an additional 2,750 border agents and other personnel.

- $563 million in funding for the immigration court system and the hiring of 75 new judges.

- Three years of legal protections for so-called “Dreamers,” a group of about 700,000 immigrants who entered the country illegally as children.

Dreamers, who are mostly Hispanic young adults, were given authorization to work and protected from deportation under the Deferred Action for Childhood Arrivals (DACA) program, which Trump rescinded in 2017, but which remains in place under a court order.

Three years of extended protections for Temporary Protected Status (TPS) recipients, a group of about 300,000 nationals from designated countries affected by armed conflict, natural disaster, or other strife.

The Trump administration has shown a deep skepticism toward the TPS program and has moved to phase out the special status for immigrants from El Salvador, Haiti, Honduras and other nations.