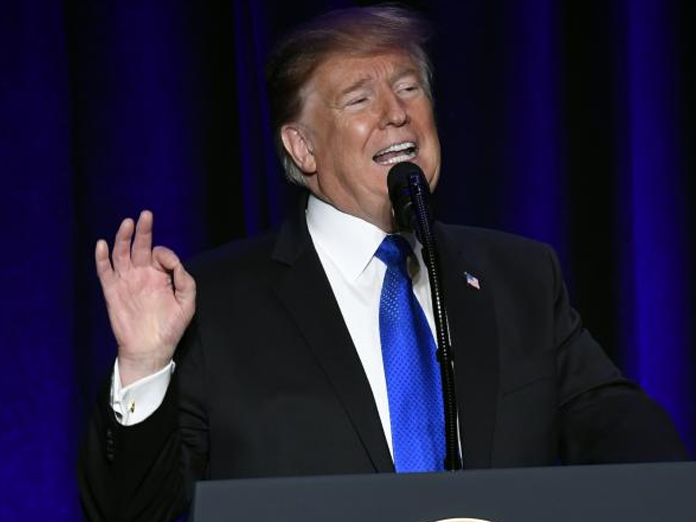 Declaring its very clear President Donald Trump obstructed justice, the chairman of the House committee that would be in charge of impeachment says the panel is requesting documents on Tuesday from more than 60 people from Trumps administration, family and business as part of a rapidly expanding Russia investigation

Washington: Declaring it’s ‘very clear’ President Donald Trump obstructed justice, the chairman of the House committee that would be in charge of impeachment says the panel is requesting documents on Tuesday from more than 60 people from Trump's administration, family and business as part of a rapidly expanding Russia investigation.

“We are going to initiate investigations into abuses of power, into corruption and into obstruction of justice,” Nadler said. “We will do everything we can to get that evidence.”

Asked if he believed Trump obstructed justice, Nadler said, “Yes, I do.”

Nadler isn't calling the inquiry an impeachment investigation but said House Democrats, now in the majority, are simply doing “our job to protect the rule of law” after Republicans during the first two years of Trump's term were “shielding the president from any proper accountability.” “We're far from making decisions” about impeachment, he said. In a tweet on Sunday, Trump blasted anew the Russia investigation, calling it a partisan probe unfairly aimed at discrediting his win in the 2016 presidential election. “I am an innocent man being persecuted by some very bad, conflicted & corrupt people in a Witch Hunt that is illegal & should never have been allowed to start - And only because I won the Election!” he wrote.

The House oversight committee had set a Monday deadline for the White House to turn over documents related to security clearances after The New York Times reported that the president ordered officials to grant his son-in-law Jared Kushner's clearance over the objections of national security officials.

Nadler's added lines of inquiry also come as special counsel Robert Mueller is believed to be wrapping up his work into possible questions of Trump campaign collusion and obstruction in the Russia's interference in the 2016 presidential election.