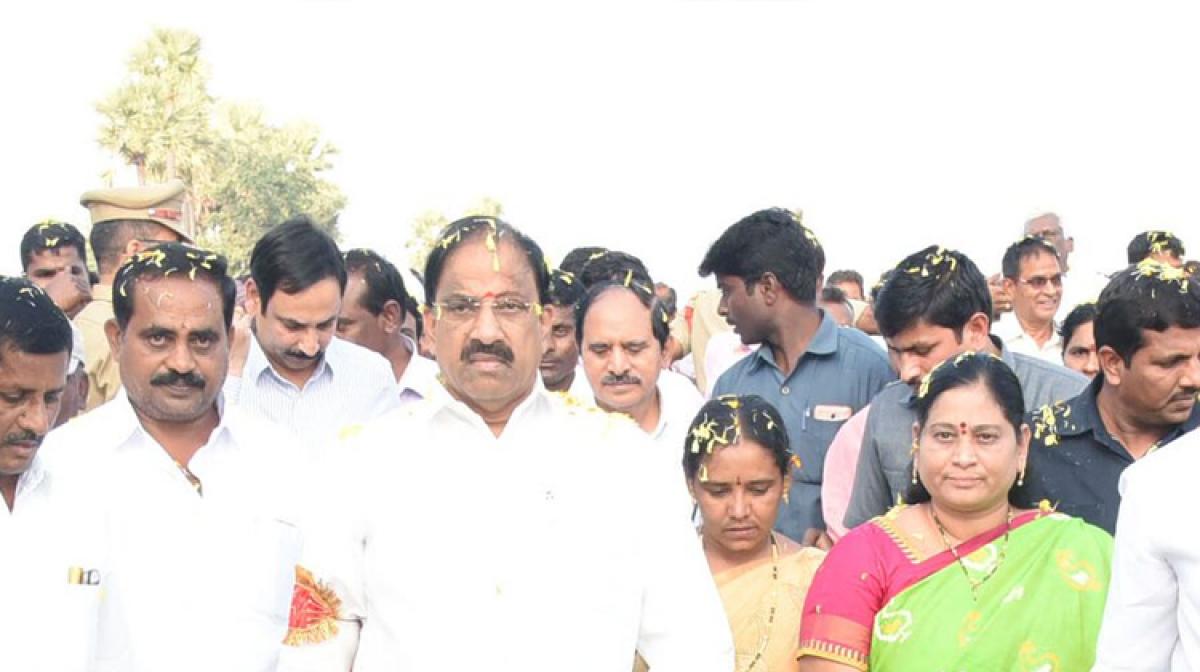 The State government had allotted about 15.5 tmcs of water from Krishna River for Khammam district. As part of that, the Minister released the water by switching on the outfall gates of Palair Reservoir in Kusumanchi mandal.

After the water released from Devulapalli Reservoir, the water level of Palair Reservoir had reached 22 feet by Tuesday morning. Hence, water was released for cultivation in Rabi season and to protect the standing crops of sugarcane in the district. Speaking on the occasion, the R&B Minister advised the farmers to cultivate dry-land crops only so as not to waste water.

Depending on the availability of water in Nagarjuna Sagar Reservoir, the government has allotted about 15.5 tmcs of water for the irrigation purpose. The water will be released though on and off’ method for four months. About 2.60 lakh acres could be irrigated with the water released from Nagarjuna Sagar left canal, informed the Minister.

He advised the farmers not to cultivate paddy and face huge loss since the water that was supplied will be used well for dry-land crops. NSP Superintending Engineer Sai Baba, Executive Engineer Venkateshwar Rao, Divisional Engineer Akbar Pasha and CDC president Gopal Rao were present along with others.