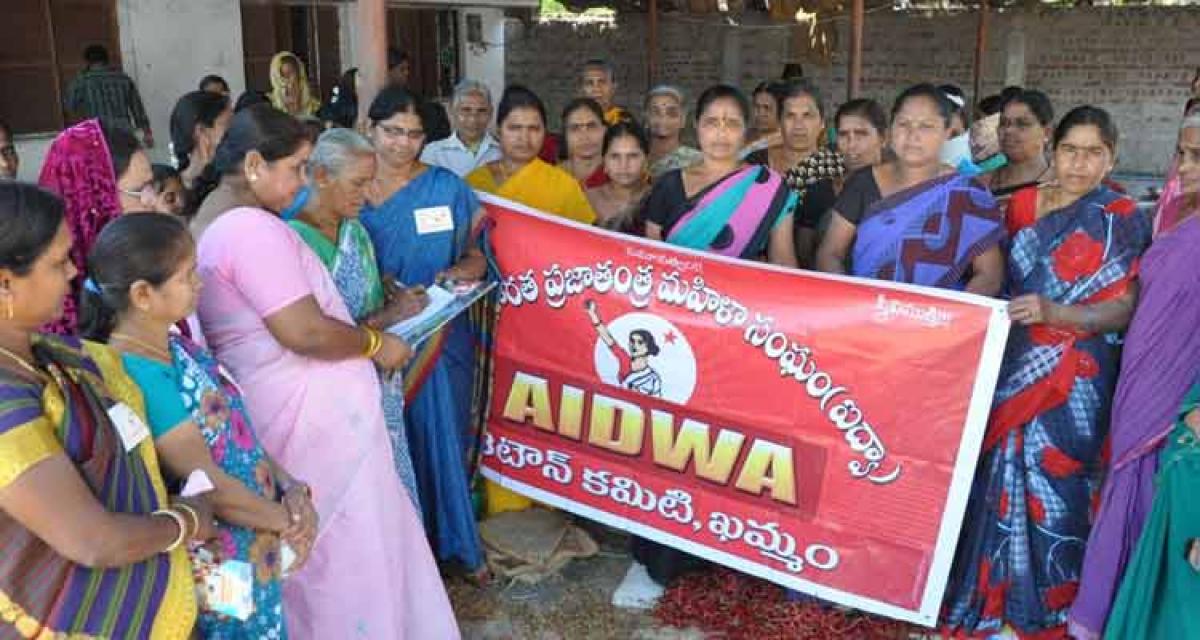 All India Democratic Women Association (AIDWA) Three Town committee president Yerra Sukanya demanded the government not to make any amendments to the...

Khammam: All India Democratic Women Association (AIDWA) Three Town committee president Yerra Sukanya demanded the government not to make any amendments to the Domestic Violence Act-498 (A) as proposed by the Supreme Court.

The Association, in this regard, took out a signature campaign in Khammam on Monday. Speaking on the occasion, Sukanya said the government enacted Domestic Violence Act after several movements taken up women across the country.

She alleged that the apex court has decided to amend the Act giving the reasons that Act formulated was gender-biased and some were misusing against the liberty and dignity of an average man and his family members.

“With the harassment against women increasing, the amendments to Act may prove detrimental to women’s safety and security,” she opined. By collecting the signatures of women across the district and State, the copies would be sent to the Prime Minister Narendra Modi demanding no amendments to the Act, she informed.

Representatives of AIDWA Rangu Padmavathi, Maddi Kanakamma, Nirmala, S K Abjileka, Sarojan, Mangamma and Sridevi were present along with others.