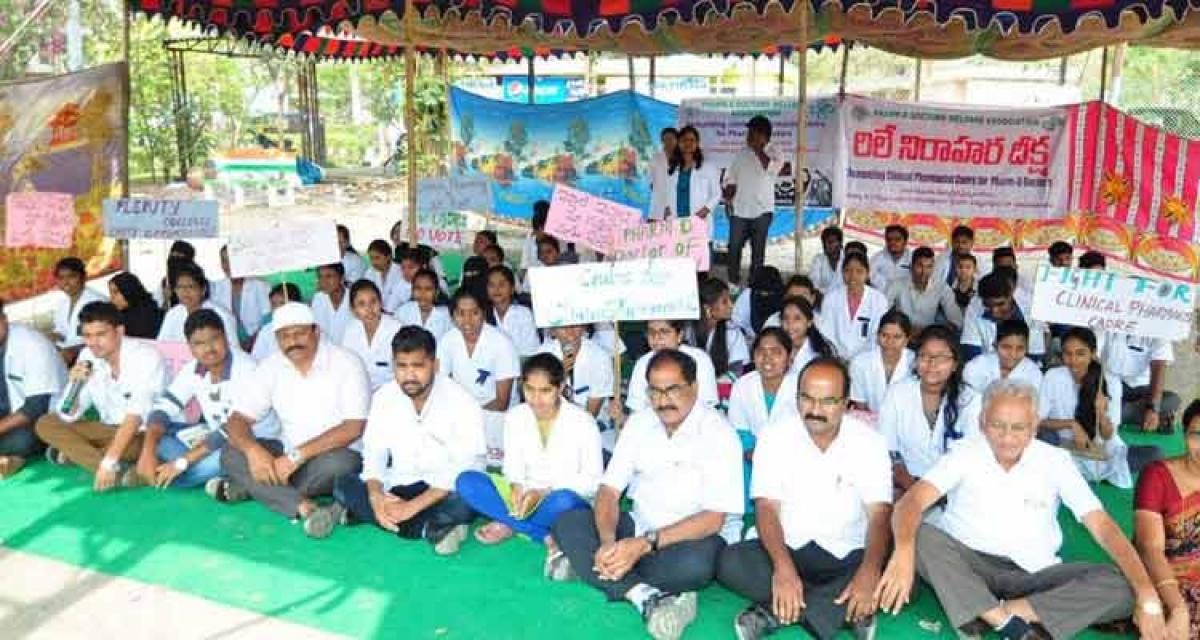 Communist Party of India (Marxist) (CPI-M) State secretary Tammineni Veerabhadram advised the State government not to play with the future of Pharm D...

Khammam: Communist Party of India (Marxist) (CPI-M) State secretary Tammineni Veerabhadram advised the State government not to play with the future of Pharm D students, who have been demanding employment.

Addressing the Pharm D students whose relay hunger strike entered 13th day on Tuesday here, he said it was totally wrong on part of the government not to recognise the six-year course. He questioned the rationale behind the government ignoring these graduates who completed the course but facing several hardships.

“There are hundreds of villages in the State where there is no medical and healthcare facility. The government can utilise the services of these graduates, who are willing to work in rural areas,” Tammineni said. The CPM considered the demand of Pharm D graduates justifiable, and hence the party supported the cause, he said and sought that the government respond positively to their demands.

Tammineni said his party would take up the issue and intensify the protest state-wide if the government failed to address the problem with immediate effect.