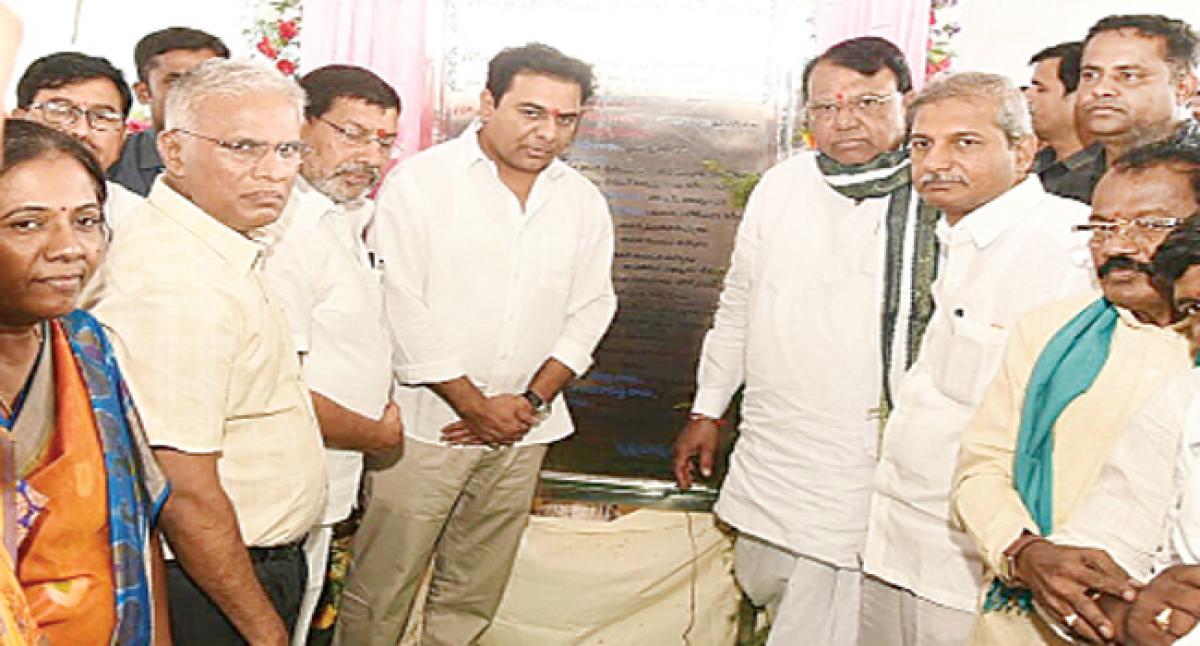 “The Sircilla district, which is with full of barren lands in the past, is now flourishing with many green fields after the formation of separate Telangana State,” said IT Minister KT Rama Rao.

Sircilla: “The Sircilla district, which is with full of barren lands in the past, is now flourishing with many green fields after the formation of separate Telangana State,” said IT Minister KT Rama Rao.

Speaking on the occasion, Minister KTR said that the Telangana State, which is formed for water, funds and jobs, is heading gradually towards achieving them. The Kaleshwaram project, which remains in the history by providing water to about 38 lakh acres for three crops in year.

The people of Sircilla district, who suffered a lot in the united Andhra Pradesh, are now living happily under the reign of Telangana government with full of water resources.

Water for irrigation purpose will be supplied to about two lakh acres present in Sircilla and Vemulawada constituencies in the coming 6 months. The government is going to launch Raythu Bheema Pathakam from August under which, each farmer in the age group of 18 to 60 years will be provided with Rs 5 lakhs of insurance.

Minister Pocharam Srinivas Reddy said that with the initiation by IT Minister KT Rama Rao, the State government is establishing Agricultural College with Rs 30 crores of investment in about 70 acres of land, for the development of agricultural sector in the district. One agricultural officer is allotted for every 5,000 acres to provide better services to the farmers.

Telangana in the only State and K Chandrashekar Rao is the only Chief Minister, who is providing 24 hours power supply for the farming sector unlike any other State in the country, Pocharam stated.

All the irrigation projects, which are under progress, will provide water for irrigation purpose for about one lakh acres in each constituency present across the State once they are completed.