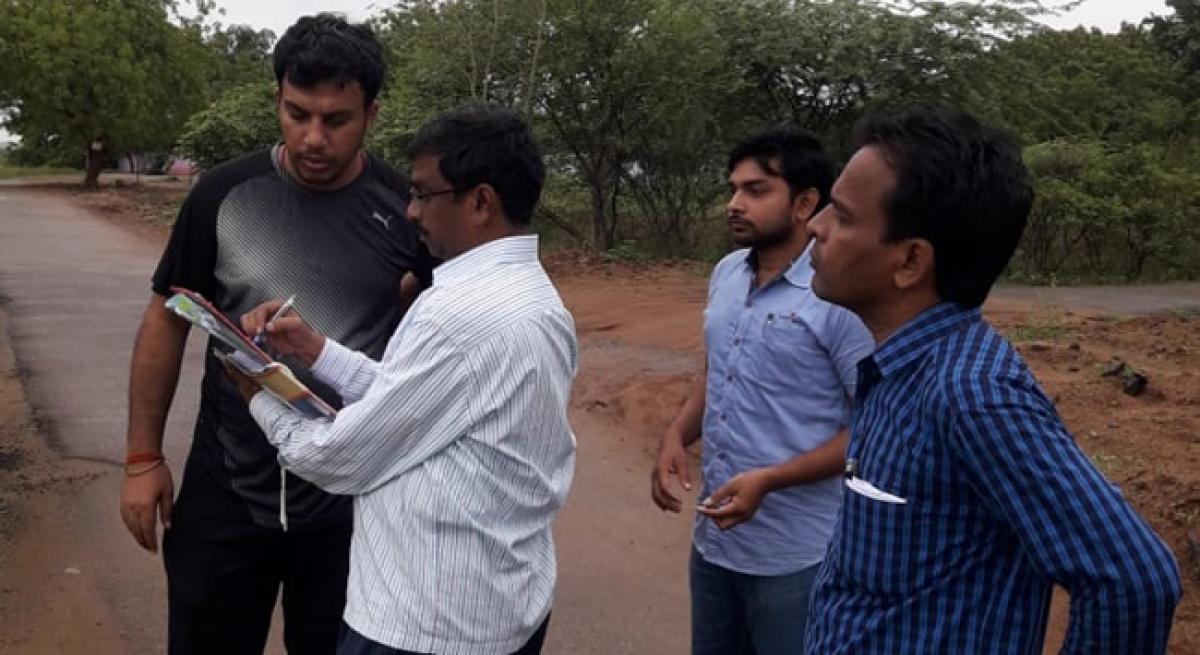 Khammam: Khammam Municipal Commissioner Sandeep Kumar Jha here on Friday directed the officials of engineering wing to complete the road laying and construction works of side drains as early as possible.

The Municipal Commissioner visited the 11, 14 and 19 divisions of the city and inspected the road laying works taken up with the LRS funds. The Commissioner after inspecting the ongoing construction works of new apartments and houses in the divisions appealed to the owners to comply with the setback regulation as per guidelines issued and leave space for planting saplings.

He directed the officials of engineering wing to speed up the road laying works and construction of side drains keeping in view of rainy season. He instructed the officials to ensure that there are no leakages of in pipelines.

Assistant Commissioner of Police Ramchander, Town Planning officer, Additional Engineer Ravinder, Sai and Ramana were present along with others accompanied the Commissioner.