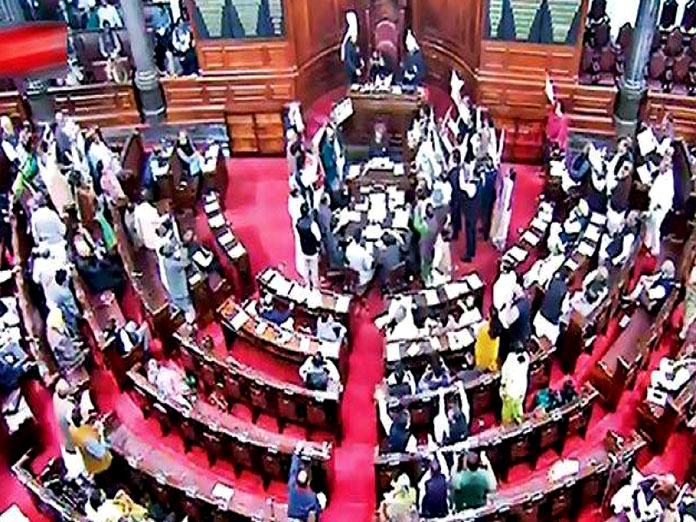 Rajya Sabha proceedings were Wednesday adjourned till 1200 hrs following ruckus by opposition parties led by Congress over the Citizenship Amendment...

Slogan shouting Congress members trooped into the well of the House protesting against the bill that gives citizenship to non-Muslim migrants from neighbouring Pakistan, Bangladesh and Afghanistan.

They were supported by TMC members who moved into ailes.

Deputy Chairman Harivansh called members to raise matters of public importance during the zero hour but nothing could be heard in the din.

Anand Sharma (Cong) said the entire North-East is on fire as the legislation would effect the security and safety of the region.

He demanded that Home Minister come to the House and make a statement assuring that the Bill, which was passed by the Lok Sabha on Tuesday, will not impact the integrity of the country.

The Bill, he said, is "sending out dangerous message."

Harivansh repeatedly asked members to return to their places but his pleas went unheeded.

He then adjourned the proceedings till noon.