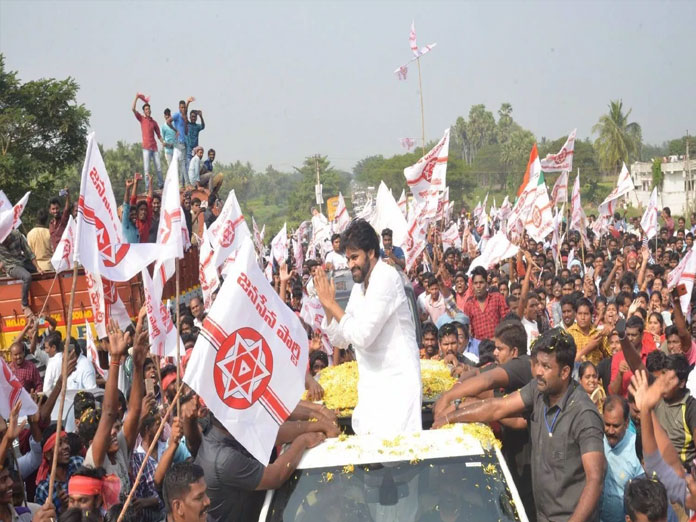 A mishap took place while the bike rally was going on. A Janasena activist Anil Kumar, who belongs to Perakalapudi village of Duggirala Mandal in Guntur district, along with his friends participated in the bike rally.

When the rally reached to Pedavadlapudi flyover bridge Anil accidentally fell down from the bike, and the other Janasainiks bike went from his legs. In his accident, Anil broke his leg completely. He was immediately rushed to NRI hospital and later taken to a private hospital in Vijayawada for better treatment.

Anil Kumar, who works as a painter is a die-heart fan of Pawan Kalyan. His family members are looking of the financial help from Janasainiks for the surgery.