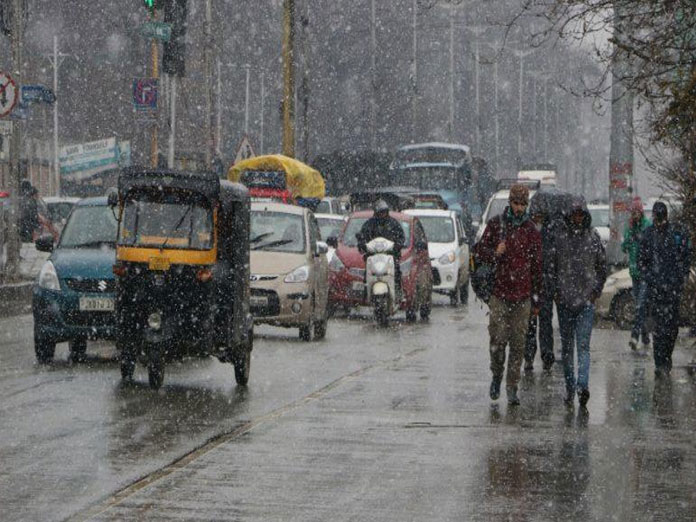 Srinagar:The weather office has forecast a fresh spell of rain and snowfall in the Kashmir Valley on Tuesday.

"Moderate snowfall is likely to occur in the valley from today afternoon. However, the intensity will get heavier on Wednesday especially in the south Kashmir areas including the Pir Panjal mountain range," the Met Department said.

Following the forecast, authorities have issued an alert advisory to various District Magistrates in the valley.

Meanwhile, the minimum temperature in Srinagar was 0.2 degrees Celsius on Tuesday while in Pahalgam and Gulmarg, it was minus 2.2 and minus 5.0 respectively.

In the Ladakh region, Leh recorded minus 7.2 degrees Celsius, Kargil minus 17.0 and Drass minus 10.1.