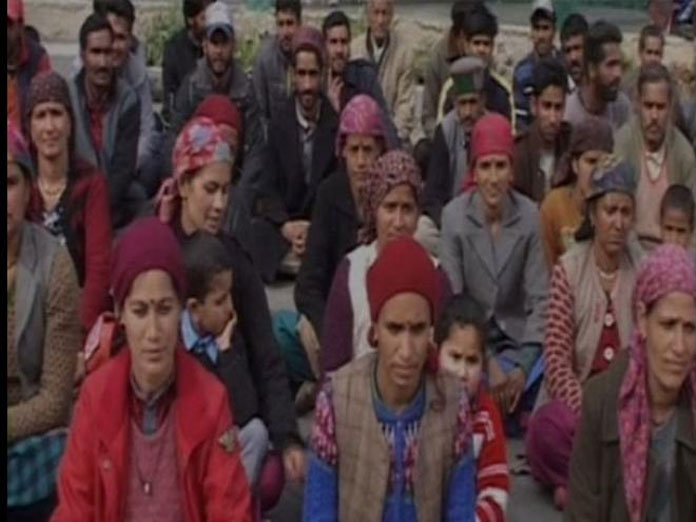 According to locals, school does not have teachers for major subjects. At present, the school is running with merely three teachers.

​Rampur: The people of Rampur village have found an unusual way to mark their protest against the shortage of teachers in a government-run school.

The villagers have decided to boycott the upcoming Lok Sabha elections in order to draw the attention of the government towards the ongoing crisis.

Speaking to ANI, Gartantra, a student said: "I have to walk 5 miles every day for attending the school. I have a dream of becoming an engineer but there is no teacher in the school for major subjects. We all are worried now as we have our board examinations in March."

Another student, Kritika also spoke on the same lines and said due to the paucity of teachers in the school her studies are getting affected. "I have a dream of becoming a teacher, but now I feel that I would not be able to achieve it as there is no one in school who can guide us," he said.

Locals informed ANI that the school does not have teachers for major subjects such as Science and Mathematics. At present, the school is running with merely three teachers.

"There are some children who walk for 10 kilometres daily to attend the school. Today, parents and other heads of the villages have gathered and will soon chalk out a plan for the next move. They will hold a discussion on the same later in the day," a protester said.