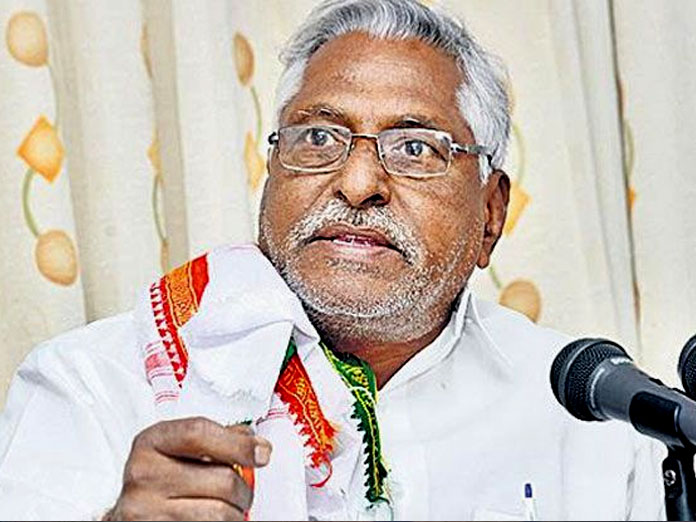 Hyderabad: The Congress party has fielded former MLA T. Jeevan Reddy in the election of MLC from Karimnagar Graduates Constituency.

Addressing a press conference at Gandhi Bhavan on Tuesday, TPCC President Capt. N. Uttam Kumar Reddy said that the official announcement for Jeevan Reddy's candidature would be done on Wednesday. Further, former minister Sunitha Lakshma Reddy has been assigned the responsibility to select a candidate for MLC elections for Teachers' Constituency.

Uttam Kumar Reddy also informed that the candidate for MLC seat to be elected by MLAs would be announced by Tuesday night.