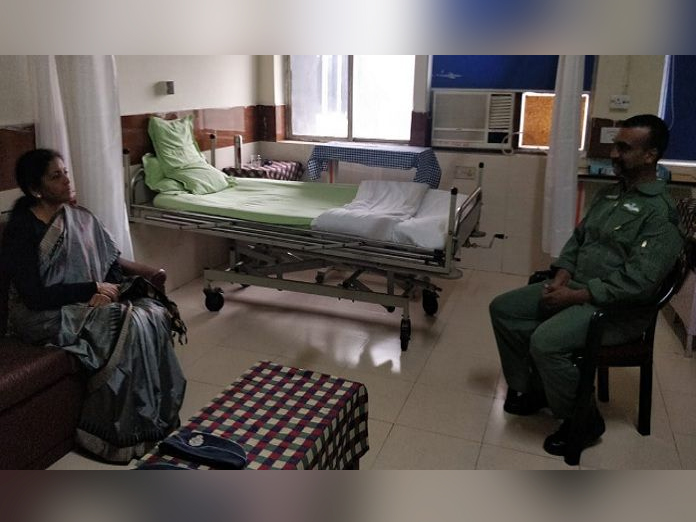 Wing Commander Abhinandan Varthaman, who was brought to Delhi after Pakistan released him through the AttariWagah border late Friday night, underwent a series of medical tests as part of a cooling down process, officials said

New Delhi: Wing Commander Abhinandan Varthaman, who was brought to Delhi after Pakistan released him through the Attari-Wagah border late Friday night, underwent a series of medical tests as part of a "cooling down" process, officials said.

He met Air Chief Marshal Birender Singh Dhanoa on Saturday morning and briefed him about his detention in Pakistan, officials said.

Varthaman, who underwent a medical check-up on Saturday at a military hospital and will stay at an Indian Air Force Officers Mess.

He was expected to be debriefed by the IAF on his detention in Pakistan, which is yet to take place.

Varthaman arrived in the national capital around 11:45 pm on Friday and soon after he was taken to the Air Force Central Medical Establishment (AFCME), a compact and specialised medical evaluation centre for aircrew of all the three services.

He was captured by Pakistani authorities on February 27 after his MiG 21 Bison went down during a dogfight with Pakistani jets.

But before his plane was hit, Varthaman shot down an F-16 of Pakistan air force. Wing Commander Varthaman is undergoing a series of medical tests as part of the "cooling down" process and it is expected to continue till Sunday.

Once, the health check up phase is over, debriefing sessions will be arranged for him, the officials said. When he crossed over to India Friday night, his right eye above his handlebar moustache appeared swollen.

After he was captured, Varthaman showed courage and grace in the most difficult circumstances for which he was praised by politicians, strategic affairs experts, ex-servicemen, celebrities and others.

A video circulated on social media that he was badly beaten up by a group of people after being rescued by Pakistani security personnel. Prime Minister Narendra Modi welcomed the return of Varthaman, saying the nation is proud of his exemplary courage.

"Welcome Home Wing Commander Abhinandan! The nation is proud of your exemplary courage. Our armed forces are an inspiration for 130 crore Indians," tweeted Modi Friday night.

Pakistan had retaliated the strike by carrying attempting to target Indian military installations on Wednesday. However, the IAF thwarted their plans. The Indian strike on the JeM camp 12 days after the terror group claimed responsibility for a suicide attack on a CRPF convoy in Kashmir, killing 40 soldiers.