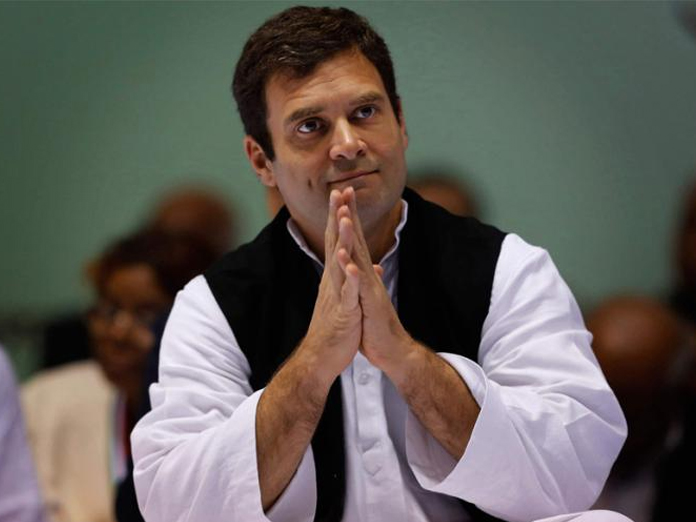 The meeting between Mr Chowdhury and Congress president Rahul Gandhi came amid an ongoing impasse between the Congress and the Left party over the issue.

Mr Gandhi has enquired about the positives and negatives of the proposed seat sharing with the CPI(M) in Bengal, according to Congress sources.

Mr Chowdhury has briefed Rahul Gandhi about all the aspects of the proposed seat sharing with the CPI(M) and the hurdles.

"During the meeting Adhir Chowdhury also said that the Congress workers in Bengal are of opinion that the Congress should either go alone or go for seat sharing with the Left. But under no circumstances should the party align with the Trinamool Congress in Bengal as it would be a severe jolt to the organisation in the state," a senior Congress leader, privy to the development, said.

The CPI(M) on Monday proposed "no mutual contest" for the upcoming Lok Sabha elections in six seats currently held by Congress and the Left Front in West Bengal, indicating its willingness for an understanding between the two political blocks in the state to consolidate anti-BJP votes.

The state Congress leadership said there will be no compromise on two parliamentary seats- Raiganj and Murshidabad - and if needed, the party is ready to go it alone.

Though Raiganj and Murshidabad are traditionally bastions of the grand old party, they are represented by CPI(M) leaders. Both the seats were earlier held by the Congress.

The other four seats were won by the Congress. There were several rounds of talks between the two blocks on seat sharing but Raiganj and Murshidabad have remained the bone of contention.

On the proposal by the CPI(M), the Congress has not made any decision officially, but a senior leader privy to the seat sharing discussions with CPI(M) told PTI that the party will not compromise on the two constituencies.