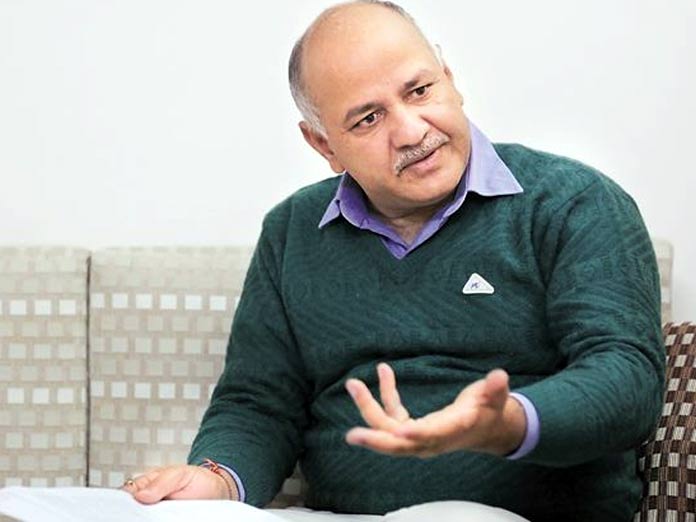 "It is with deep anguish that I write to you as your inaction has not only brought thousands of Guest Teachers to the streets but also the entire Government School system on a verge of collapse," he said.

Sisodia said the matter of appointment of teachers, hiring new permanent or Guest Teachers, creating new posts, continuing or discontinuing the services of guest or contract teachers are been taken by the Central Government in the name of Service matter.

"As Education Minister of Delhi, the students and teachers look towards me for effective functioning of the school system. But it is unfortunate that in last two years, you have not considered even once to discuss the issues concerning the Guest Teachers with me.

"Your lack of owning up the responsibility is not only impacting the education of lakhs of children in the schools of Delhi Government but also the life, livelihood and dignity of thousands of Guest Teachers."

He said 22,000 Guest Teachers, who are on the streets now, constitute 38 per cent of all teachers currently posted in the schools of Delhi government.

Since March 1, 2019, the schools are functioning without the services of these teachers at a time when annual exams are going on in the schools including the board exams of Class 10 and 12, he added.

"This is the month when apart from exams, teachers are required to check the answer sheets, prepare results, share it with students and their parents and get ready for the next academic session starting from April 1. And you expect that the remaining 62 per cent teachers would be able to do it on their own."

Guest Teachers are those who have been working on contract and are not permanent employees. The Delhi government wants to continue with their services.

Sisodia said that from April 1, the new Academic Session will commence and without these Guest Teachers the schools will not be able to meet the educational requirement of its about 15 lakh children.

He also informed the LG that these 22,000 Guest teachers were inducted following an open and transparent process in accordance with the provision of the Constitution of India.

"The Directorate of Education has been availing their services continuously over the last so many years. The government has also invested in strengthening their capacities by involving them in regular training. Their qualification and experience is an asset to our students and it is with their support that the schools of Delhi have been performing better than the private schools for last few years.

"But when it comes to treating them with dignity and giving them their dues, they are ignored and left to fend for themselves."

He added: "I urge you to rise above narrow politics and do justice to students and teachers."