Rahul Gandhi to address public rally in Tripura on March 20 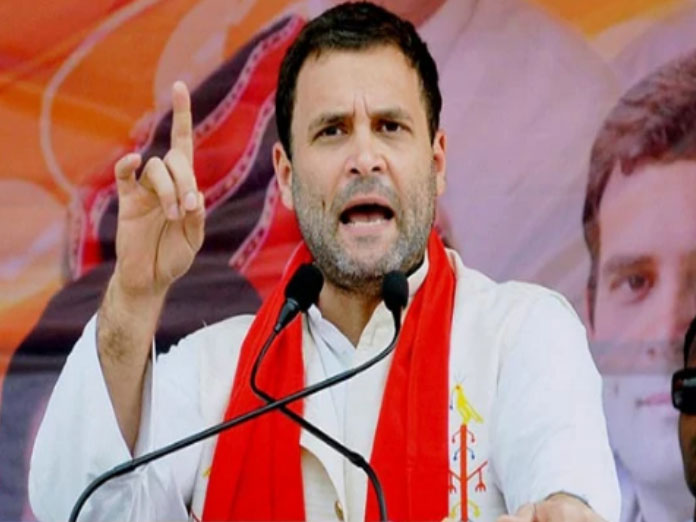 A senior leader in the party said preparations were afoot to welcome the Gandhi scion.

Congress president Rahul Gandhi is set to visit Tripura on March 20 to kick off the party's Lok Sabha poll campaign with a public rally.

A senior leader in the party said preparations were afoot to welcome the Gandhi scion.

"Tripura Pradesh Congress Committee (TPCC) chief Pradyot Kishore Debburman has recently convened a meeting to discuss the preparations being made for Gandhi's visit. He will be meeting leaders in Delhi to finalise the programme," Tapas Dey, the party's state unit vice president, told PTI.

The Congress, which had bagged ten seats in the 2013 Assembly seats, drew a blank in last year's state elections.

Sources said the party hopes to make structural changes in the wake of last year's debacle before selecting candidates for the two Lok Sabha seats in the state.

Debabaraman, after his appointment last month, requested all defected leaders to return to the party.

The newly appointed TPCC chief said everyone in the party would be given due respect and, in return, they would have to work with honesty and integrity.

"It would be my endeavour to build a strong organisation with the participation of youth, women, educated and honest people," he told reporters on March 4.