What the law says on phone tapping 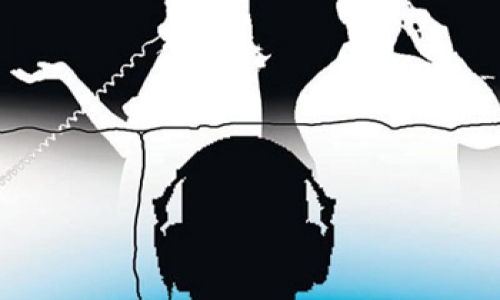 What the law says on phone tapping. Phone tapping is surely an interference with the civil liberty of citizens. This was questioned by People’s Union of Civil Liberties before the Supreme Court, which disapproved unguided use of power to intercept and interfere with the telephone communications of persons. Phone tapping is surely an interference with the civil liberty of citizens. This was questioned by People’s Union of Civil Liberties before the Supreme Court, which disapproved unguided use of power to intercept and interfere with the telephone communications of persons.

However, right to privacy in the form of non-tapping or non-interception of phones is not an absolute right, but can be limited by security concerns of the nation. Under no circumstances, it will facilitate ‘incitement to an offence.’

The word "life" and the expression "personal liberty" in Article 21 were elaborately considered by the Supreme Court in Kharak Singh v. State of U.P. (AIR 1963 SC 1295). The majority of 7 judges read the "right to privacy" as part of the right to life under the Article 21.

The right of the people to be secure in their persons, houses, papers, and effects, against unreasonable searches and seizures, shall not be violated; and no warrants shall issue, but upon probable cause, supported by oath or affirmation, and particularly describing the place to be searched, and the persons or things to be seized.

In R.R. Gopal v. State of Tamil Nadu AIR 1995 SC 264, Jeevan Reddy, J. observed: "the right to privacy is implicit in the right to life and liberty. It is a "right to be let alone". A citizen has a right "to safeguard the privacy of his own, his family, marriage, procreation, motherhood, child-bearing and education among other matters".

Telegraphs have gone into the oblivion but the Telegraph Act, 1885 is still relevant. Its Section 5 says: “Section 5(2) of Indian Telegraphic Act, 1885 says on the occurrence of any public emergency, or in the interest of public safety, the Central Government or a State Government or any Officer specially authorised in this behalf by the Central Govt. or a State Government may, if satisfied that it is necessary or expedient so to do in the interests of the sovereignty and integrity of India, the security of the State, friendly relations with foreign States or public order or for preventing incitement to the commission of an offence, for reasons to be recorded in writing, by order, direct that any message or class of messages to or from any person or class of persons, or relating to any particular subject, brought for transmission by or transmitted or received by any telegraph, shall not be transmitted, or shall be intercepted or detained, or shall be disclosed to the Government making the order or an officer thereof mentioned in the order:

No interception of press phones

Provided that press messages intended to be published in India of correspondents accredited to the Central Government or a State Government shall not be intercepted or detained, unless their transmission has been prohibited under this sub-section.

In Hukam Chand Shyam Lai v. Union of India AIR 1976 SC 789, the Supreme Court stated that Section 5(1) does not confer unguided and unbridled power on the Central Government/State Government specially authorised officer to take possession of any telegraph. "Occurrence of any public emergency" or "in the interest of public safety" are the sine qua non for the application of the provisions of Section 5(2) of the Act.

The Second Press Commission on the "tapping of telephones" recommended: “The order should disclose reasons. An order for tapping of telephones should expire after three months from the date of the order. Moreover, within a period of six weeks, the order should come up for review before a Board constituted on the lines prescribed in statutes providing for preventive detention.

It should be for the Board to decide whether tapping should continue any longer. The decision of the Board should be binding on the Government. It may be added that the Minister or his delegates will be competent to issue a fresh order for tapping of the telephone if circumstances call for it. The Telegraph Act should contain a clause to give effect to this recommendation.”

Section 7(2)(b) of the Telegraph (Amendment) Act,1971 empowers the government to prescribe rules providing for “the precautions to be taken for preventing the improper interception or disclosure of message.”

In a landmark case PUCL vs Union of India, (1997), the Supreme Court said: “An order for telephone-tapping in terms of Section 5(2) of the Act shall not be issued except by the Home Secretary, Government of India (Central Government), and Home Secretaries of the State Governments. Copy of the order shall be sent to the Review Committee concerned within one week of the passing of the order.

It shall further direct the destruction of the copies of the intercepted material. Two factors have to be examined: whether tapping was done, and, if so, was it authorized for relevant cause. Unauthorized tapping is a constitutional wrong, but not a crime for an FIR to be filed in police station.