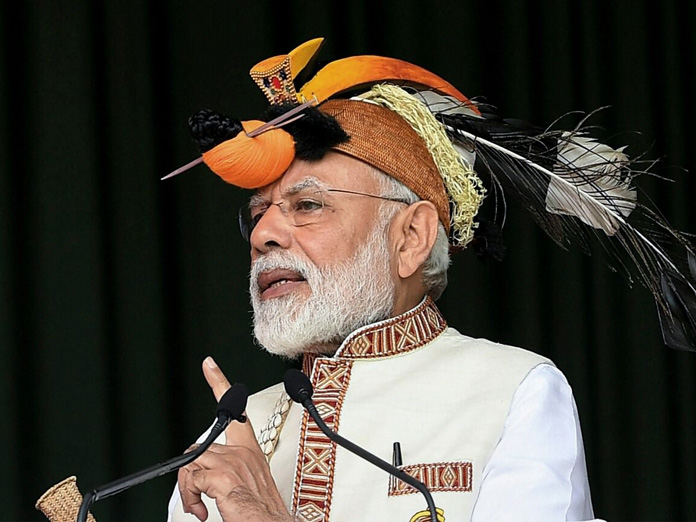 That Modi is unnerved by a sense of insecurity and nervousness about his chances and prospects to win another mandate for him to helm the country for...

That Modi is unnerved by a sense of insecurity and nervousness about his chances and prospects to win another mandate for him to helm the country for 5 more years has made him to draft his harangue delivered in Parliament against opposition parties especially Congress where he made a bitter attack on Congress in vituperative language blaming it for having looted and robbed the country during all the years it ruled the country. (Is Modi spewing empty rhetoric - THI, February 9).

Does he mean that the fact of country having been looted by several politicians of Congress confers a right on him and his party to be not accountable to the people for the misdeeds and wrongdoings committed during the last 55 months? When you blame Congress for not being transparent in defence purchases during its tenures, you need to establish yourself and your party something different from Congress by acceding to the demand of JPC probe in to Rafale deal where there are several questions and suspicions about the integrity of powerful politicians including Prime minister.

Ultimately, the BJP plunged in to action to do some damage control exercise by extending reservations to EBCs in forward castes, cutting down the rates of GST , IT exemption hike, sops to farmers and pensions to unorganized labour. The million dollar question now is to what extent Modi will win the trust and confidence of voters with these belated lollipops announced hastily to improve the sagging image of BJP with an eye on elections.

Certainly, It is the good governance of BJP rather than past misdeeds of Congress that would influence the voters. Modi needs to realize that sincere efforts to solve the problems plaguing the common man irrespective of race,region and religion is the only way available to him to attract the people towards his Party. Undoubtedly, people don't mind to teach BJP a bitter lesson in the hustings if they feel that Congress reformed itself by learning lessons from its past misrule but BJP has now become worse than the Congress of Emergency days.