Expedite setting up of HC in Rayalaseema 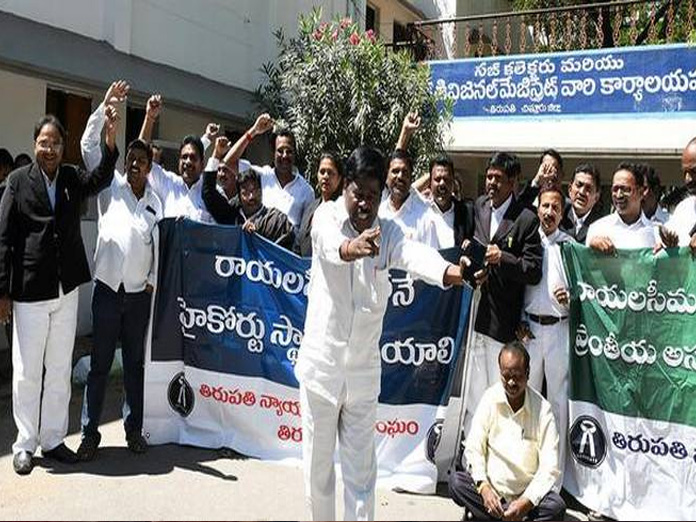 It is quite essential to have the High Court in Tirupati as the capital has been denied to Rayalaseema people by Sri Narendra Modi and subsequently by...

It is quite essential to have the High Court in Tirupati as the capital has been denied to Rayalaseema people by Sri Narendra Modi and subsequently by TDP Chief Minister, Nara Chandra Babu Naidu. There are number of cases pending in the High Court from Rayalaseema region and therefore the constitution of High Court Bench in Rayalaseema area is essential like that of Aurangabad in Maharashtra.

Rayalaseema is backward area and litigant public generally are poor. If the High Court Bench is established in Rayalaseema, it is very convenient to the litigants and it amounts to taking justice to their doorsteps.

The volume of work in High Courts has increased by leaps and bounds and though all the vacancies of High Court Judges are filled up, yet the appeals would be pending in the High Court for over a long time. There are still appeals against the sentence of life imprisonment and the Government proposes to dispose of those cases by appointing additional Judges.

There has been steady increase of population and there by the volume of litigation also has increased. The plethora of enactments by the State Legislature and the Parliament have added to the volume of work.

In North India, in almost all states that more than one bench of the High Court other than state capital. By the year 1991 there were 76314 cases pending disposal in Andhra Pradesh High Court. There are examples that the High Court located in Allahabad rather than in Lucknow and they want to have another in Kanpur also. There are separate High Court Benches in Nagpur, Aurangabad in Maharashtra and in Jabalpur and Indore in Madhya Pradesh.

The state of Andhra Pradesh is large and unwieldy and right from Ichapuram in Srikakulam District to Tada in Nellore District it would be easy for the litigant public. According to the dictum of decentralisation it is absolutely necessary to have benches in both Rayalaseema and coastal areas.