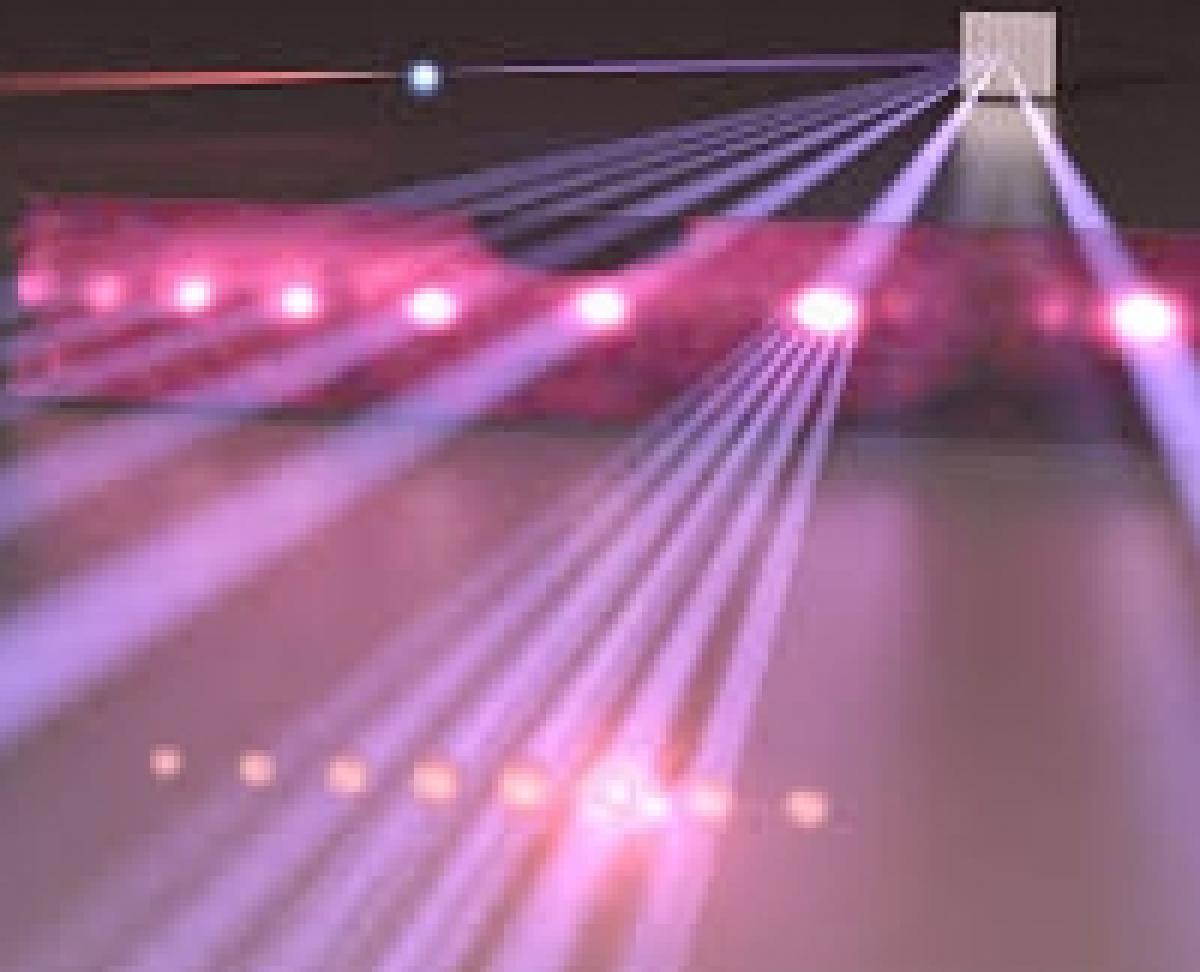 Indian Converts Laser Light To Extreme Ultraviolet. A team of scientists, including an Indian, have succeeded in converting laser light into radiation ... Berlin (Germany): A team of scientists, including an Indian, have succeeded in converting laser light into radiation with frequencies over 20 times higher than the laser or to the extra ultraviolet regime.

The development by a group of international scientists at Max Planck Institute for Quantum Optics (MPQ) in Germany, paves the way towards new solid state-based photonic devices.

Modern electronic devises, which use transistors ubiquitously from memory chips to integrated circuits, have a limitation in speed.

The ultimate speed of any electronic device depend on the ability to guide the motion of electrons inside transistors, which is limited to billions of operations in a second, i.e., to Gigahertz Frequencies or GHz.

These photons, according to an Indian Science Journal report, have sufficient energy to drive electrons inside the bulk of transistor. Speed of electronic devises when electronic motion is driven by the laser pulses will be 1015 operations in a second or Peta Hertz (PHz) frequencies, which will be approximately a million times faster than current speed of electrons.

This is the fastest electric current ever generated in a solid, and the emitted radiation from these oscillations allow us to peer into the dynamics of the extremely fast motion of electrons.

"Nonlinear optics and its wide range of modern applications in fundamental science, laser technology, telecommunications and medicine rely on the conversion of light from one colour to another, a process which takes place when an intense laser interacts with matter. Such processes allow one to generate laser-like radiation of frequencies (colour), which cannot be directly produced in lasers and hence to exploit it for new applications," Manish Garg, a researcher from India told the Indian Science Journal.

Normally such bulk solids on interaction with intense laser pulses are prone to damage due to excessive heat deposited on the surface of the solids, but scientists overcame this technical hurdle by using ultrathin (~100 nm) solid samples.

Extremely fast motion of electrons in solids also reveals microscopic details of arrangement of atoms inside them.

Scientists were able to measure minute details of atomic arrangement inside the bulk solid in their studies.

"As the electrons move in the bulk solid, they "feel" the surrounding structure of the solid, and this information is embodied in the emitted radiation", says Manish Garg.

This path breaking work by scientists at MPQ opens up new routes for realising laser light-based electronics operating at multi-PHz frequencies. This novel discovery may also lead to "in-situ" imaging of biological specimen in the future, said Garg.