NRIs for Hindu Prayer rooms at chapels of world’s airports 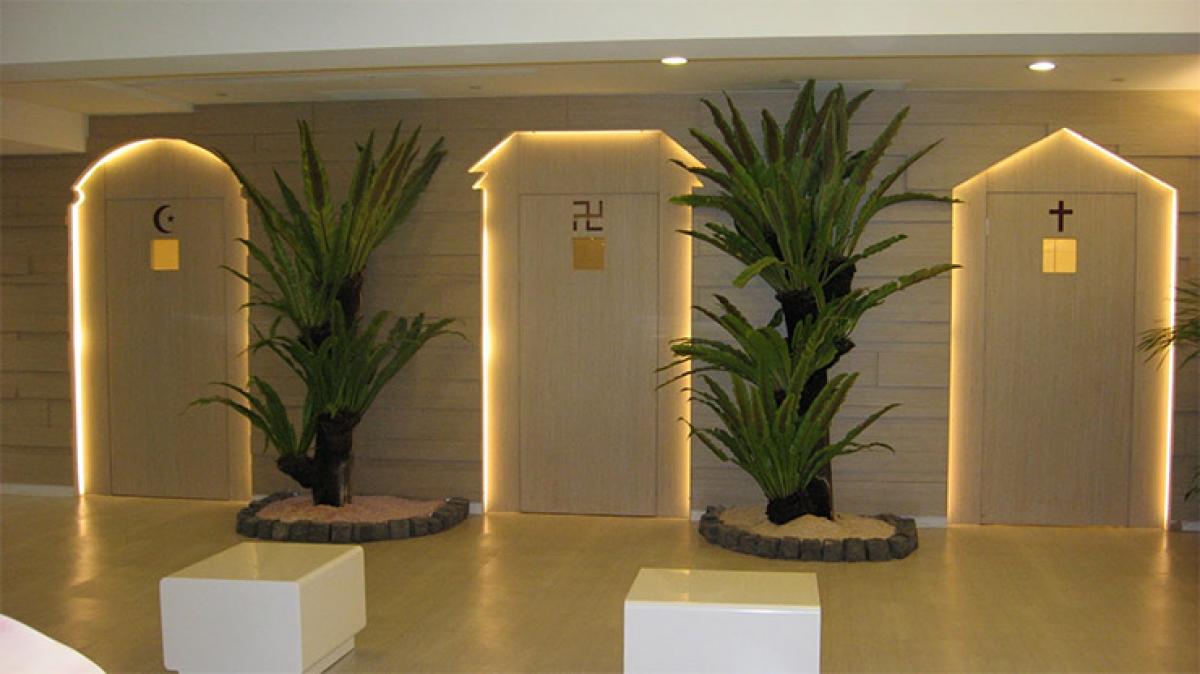 NRIs For Hindu Prayer Rooms At Chapels Of World’s Airports. Hindus are urging Hindu prayer services at the world’s airports which have chapels.

Hindus are urging Hindu prayer services at the world’s airports which have chapels. Hindu statesman Rajan Zed, in a statement in Nevada today, said that a lot of Hindu passengers daily used world’s airports and it would be nice if airports offered Hindu services or a quiet facility at the airport where they could pray/meditate/worship and perform religious services.

Zed, who is President of Universal Society of Hinduism, urged world airport authorities to work in this direction as an issue of fairness and equality in customer service. He or other Hindu scholars would be glad to help, if asked, regarding the structure of “Hindu Prayer Room”.

Hindus would appreciate if this “Hindu Prayer Room” had murtis (statues) of popular deities, copies of sacred scriptures, a traditional bell and recorded devotional music; and once-a-week kirtan and arti session was held in it, Rajan Zed noted.

Prayer/worship to God was highly important in Hinduism, oldest and third largest religion of the world with about one billion adherents, and it would be great to have Hindu prayer service or “Hindu Prayer Room” at airports so that Hindu passengers did not miss their daily worship rituals/rites while travelling through; which might include recitation of texts, repetition of mantras and dhayan (meditation), Zed added.

According to Pew Research Center (PRC), "a nonpartisan fact tank" headquartered in Washington DC, “Most of the busiest U.S. airports have dedicated chapels” (first being Our Lady of the Airways, opened at Boston’s Logan International Airport about 60 years ago) and “many of these facilities offer a variety of worship services for different faith traditions”. John F. Kennedy International Airport in New York “has four places of worship: a Catholic church, a Protestant chapel, a mosque and a synagogue”, while “Dallas/Fort Worth International Airport, meanwhile, has five different interfaith chapels – one in every terminal”. “Washington Dulles International Airport, near Washington, D.C., offers weekly Catholic Mass, Protestant worship and Christian prayer services, as well as daily Jewish and Muslim prayer services”, PRC write-up adds.