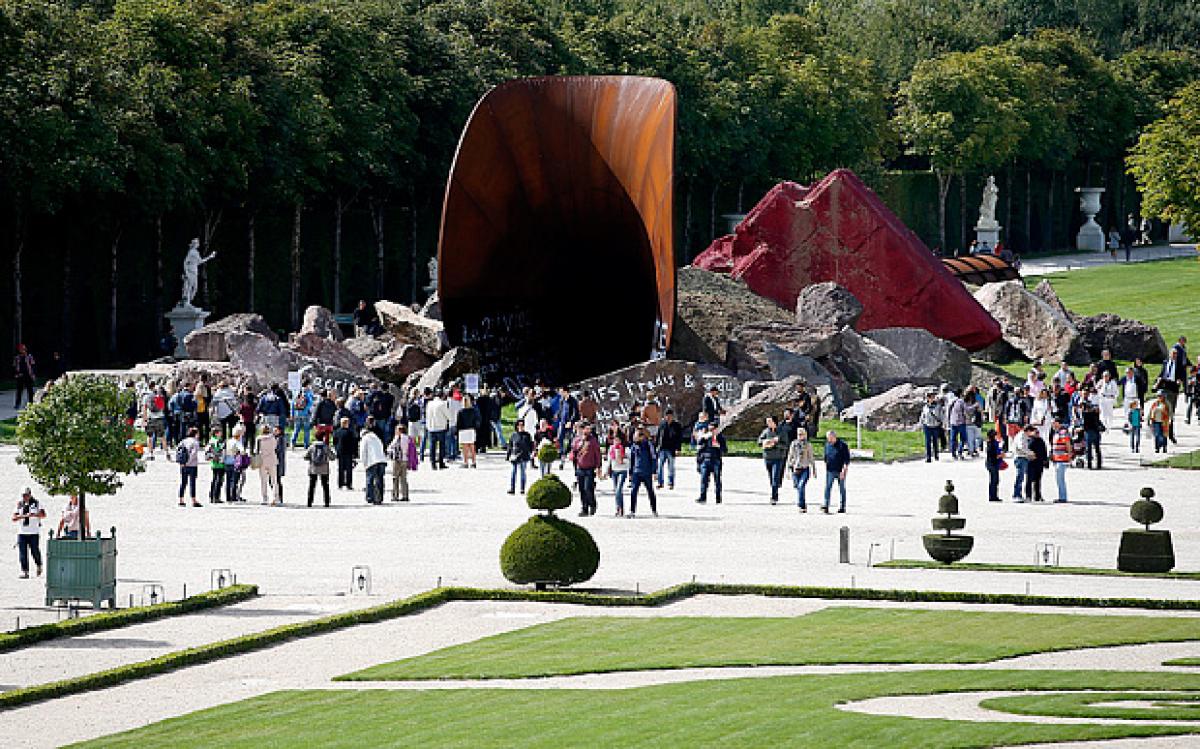 A controversial sculpture by a British-Indian artist, informally nicknamed the -'Queen-'s Vagina-' or -'Dirty Work-', has been vandalised once again...

Paris: A controversial sculpture by a British-Indian artist, informally nicknamed the "Queen's Vagina" or "Dirty Work", has been vandalised once again in France's Palace of Versailles where it was on display, the media reported on Monday. Anish Kapoor's artwork in the gardens of the royal chateau was sprayed in white paint with anti-semitic phrases, BBC reported. This is the second time the art creation, which the 61-year-old Indian-origin artist once described as "very sexual", has been vandalised.

Earlier in June, the huge installation comprising a huge steel funnel was splattered with paint before being cleaned. Kapoor has decided to highlight intolerance in society by not removing the artwork, according to media reports.

"The sculpture will now carry the scars of this renewed attack. I will not allow this act of violence and intolerance to be erased," he said.The 60-metres long and 10-metres high sculpture sits in the "Dirty Corner" of the palace garden.

"Dirty Corner will now be marked with hate and I will preserve these scars as a memory of this painful history. I am determined that art will triumph," Kapoor said. French President Francois Hollande has called the vandalism "hateful and anti-Semitic", while Prime Minister Manuel Valls has promised to take action against the perpetrators.