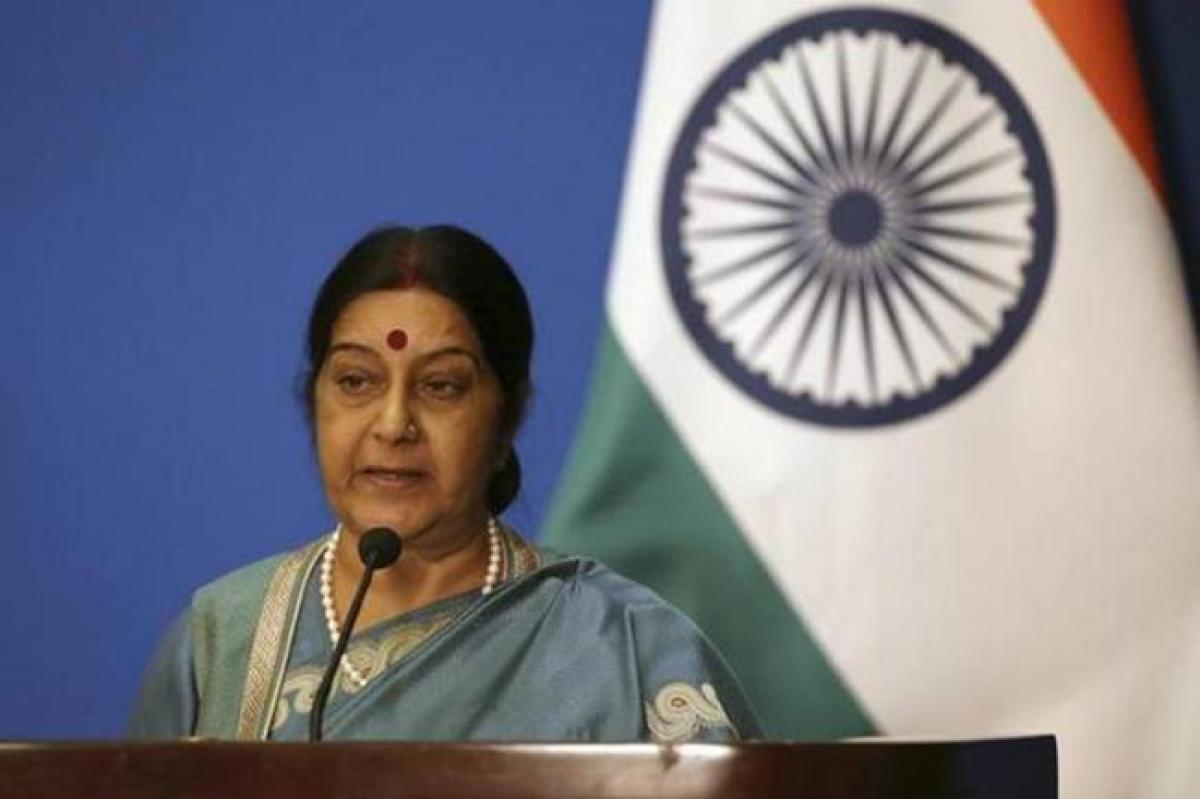 External Affairs Minister Sushma Swaraj has extended her help to an Indian worker trapped in limbo in a hospital of Oman.-'If Doctors permit travel we ...

External Affairs Minister Sushma Swaraj has extended her help to an Indian worker trapped in limbo in a hospital of Oman."If Doctors permit travel we will contact his family and bring Bikku Prasad back to India. http://timesofoman.com/article/85879/Oman/Health/Un," Sushma said in a tweet taking a note of report in Times of Oman.

The leading daily of Oman shared an article reporting about an Indian worker Bikku Prasad.

Bikku, who came to Oman on a visit visa, took up a job without following official procedures. He is now battling for life at a hospital in Muscat without much help.

"This is Bikku Prasad, an Indian worker who came to Oman hoping for a new life. Now, he is clinging to his old one--a man on a ventilator trapped in limbo, he collapsed just three days after getting a job but his papers were under processing. He was on a visit visa for three months before getting a job," the report said.

"Without correct papers, he is also stuck in bureaucratic limbo, with nobody ready to pay his medical bills. Had he come to Oman through proper channels, his hospital treatment would have been covered. Instead, he came on a visit visa and then found a job. He had not received his labour card when he collapsed at work," it added.