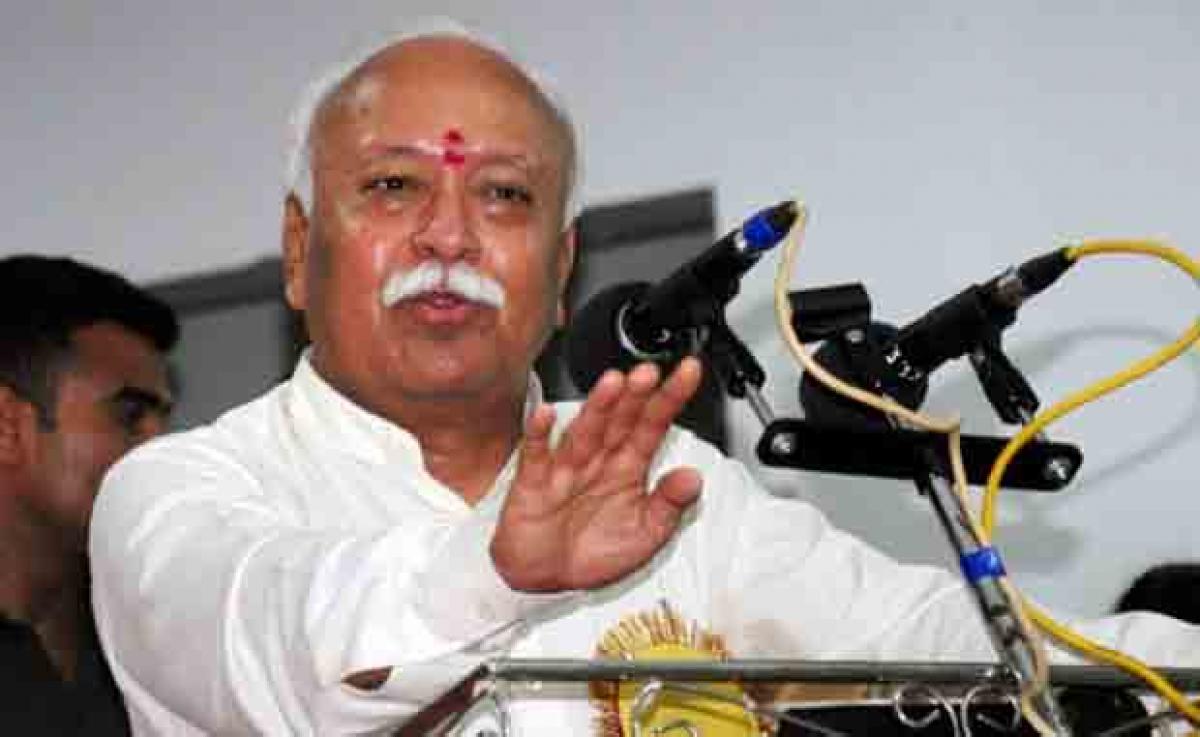 Bhagwat will stay in a special tent during his week-long visit, Rashtriya Swayamsewak Sangh leaders said.

RSS chief Mohan Bhagwat will visit Britain in July to participate in a Hindu gathering in a bid to attract British Hindu youths to Indian culture.

Bhagwat will stay in a special tent during his week-long visit, Rashtriya Swayamsewak Sangh leaders said.

"He will try to inspire people to contribute towards a better future for Hindu Samaj," a RSS leader told IANS.

The Britain-based Hindu Swayamsewak Sangh has organised a gathering of over 2,200 Hindus from across the United Kingdom and Europe from July 29 to 31 at Hertfordshire County Show Ground near Luton.

The theme of the gathering is "Sanskaar (values of life), Sewa (selfless service) and Sangathan (community spirit)".

Inspired by the RSS, which was founded in 1925, the HSS was established in 1966. The HSS is celebrating its golden jubilee.

"He has been invited to encourage this trend among the new generation."

A number of prominent personalities from the world over will also attend the event and interact with the participants.

With a view to generate awareness of environmental sustainability, the venue of the 'Mahashivir' will be a fully-tented township with more than 400 tents.

The HSS will also use recyclable materials at the construction of site and during the programme.