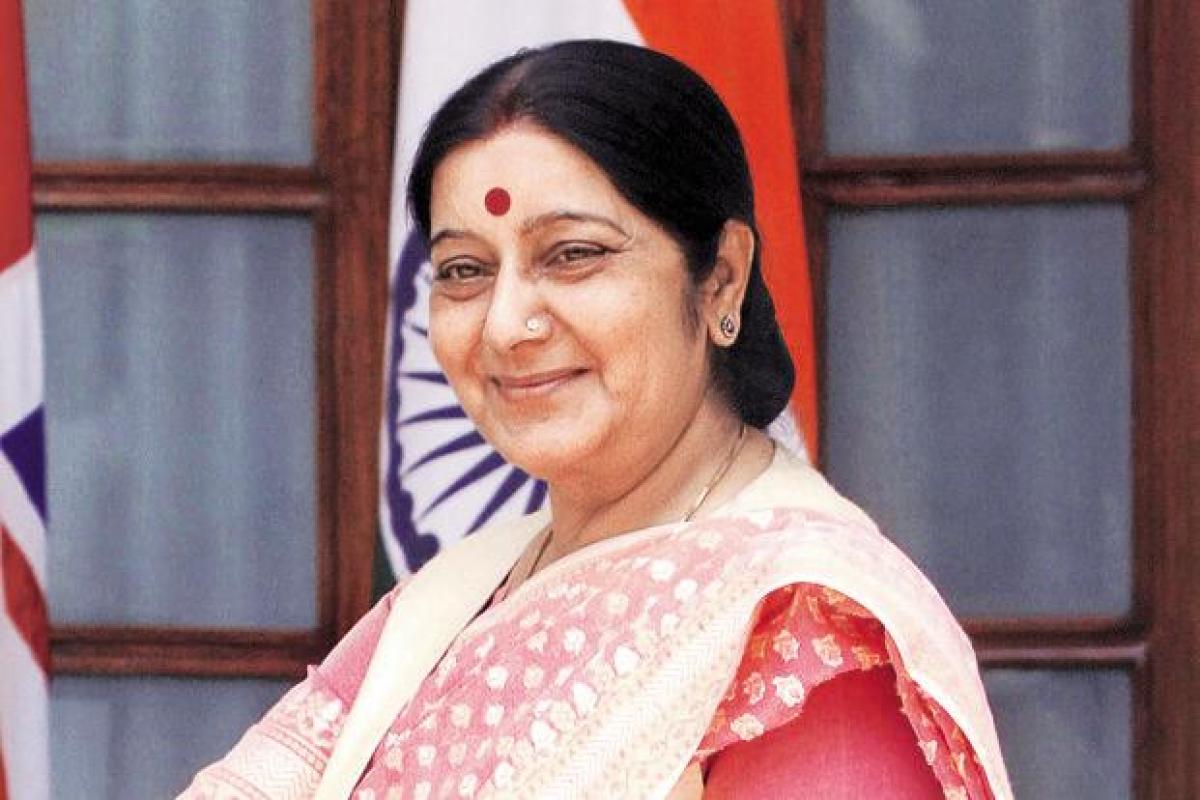 External Affairs Minister Sushma Swaraj on Tuesday directed Indian Ambassador to France Mohan Kumar to make arrangements for the travel of a Person of ...

New Delhi: External Affairs Minister Sushma Swaraj on Tuesday directed Indian Ambassador to France Mohan Kumar to make arrangements for the travel of a Person of Indian Origin (PIO) suffering from cancer to India after the man sought help through a video message on YouTube.

She also advised the Indian Ambassador that an official from the embassy escort him and his ailing wife to India.

The video posted on YouTube by Shiv Charan appealing for help was tweeted by Swaraj, asking Indians in France to locate him and his wife who has been suffering from arthritis.

Surprisingly, Indians in France located him in less than an hour, and passed on his number to Swaraj.

Our Ambassador in France Mohan Kumar @AmbMoKumar will contact and fly them to India as per their convenience.

"I have advised @AmbMoKumar that since Shiv Charanji is not in good health, our Embassy official should escort them to India @Indian_Embassy," Swaraj tweeted.

She said she has also spoken to Rajasthan Chief Minister Vasundhara Raje over the issue.

"I have spoken to Chief Minister Rajasthan @VasundharaBJP. She has promised all help to Shivcharanji in Udaipur (sic)," she tweeted.

The External Affairs Minister again advised Indians staying abroad to tweet their problems to the respective Indian embassy and tag her in a case of emergency.

"Please tweet your problem to the concerned Indian Embassy/authority and endorse the same to @sushmaswaraj. I monitor their response to your tweets personally. In case of emergency pl mention #SOS," Swaraj tweeted.