Sena defiant over force-feeding Muslim on Roza,Under fire for a party MP allegedly forcing a fasting Muslim worker to eat, Shiv Sena on Thursday said it was a \"protest against mismanagement

Under fire for a party MP allegedly forcing a fasting Muslim worker to eat, Shiv Sena on Thursday said it was a "protest against mismanagement" at Maharashtra Sadan and held that the entire issue was given a "communal colour only to derive "political mileage" and to "malign" the party's image.

"Shiv Sena respects all religions but will not tolerate if anyone tries to flaunt his religious affiliation for intimidation. One should keep his religion in his heart and in his house. But if someone wears it on sleeve and tries to malign Shiv Sena by playing politics over it, we will not tolerate it," an editorial in party mouthpiece 'Saamana' said. 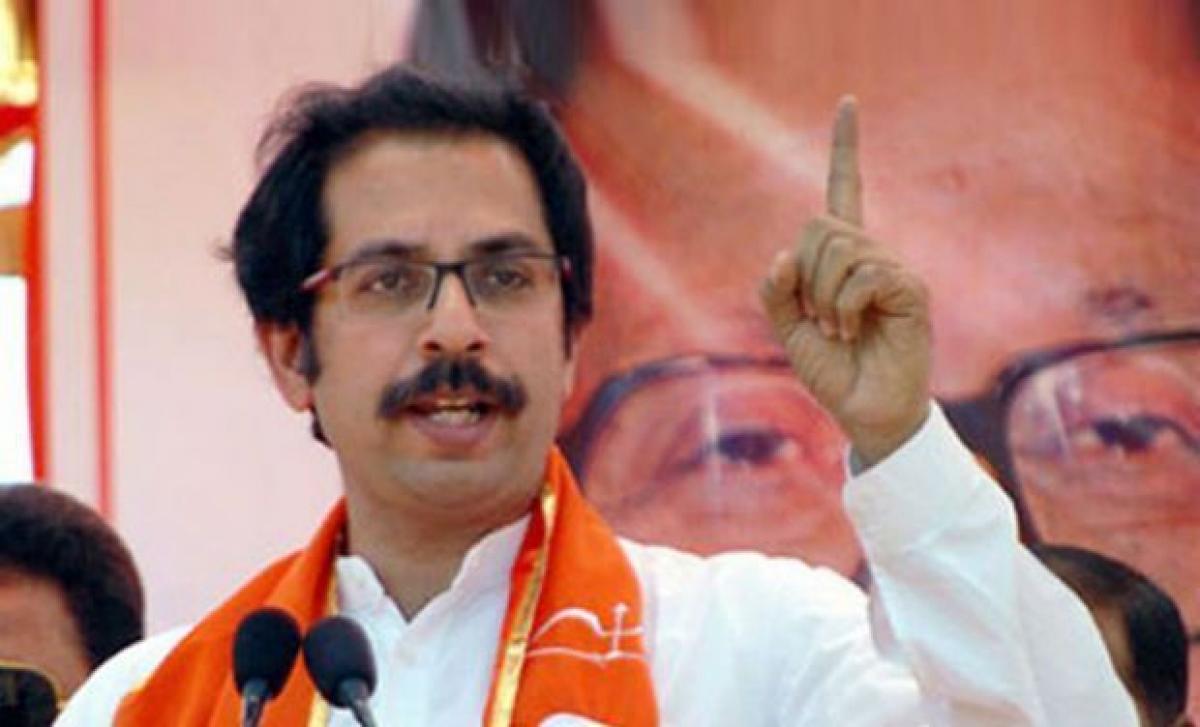 The editorial launched a scathing attack on the "poor quality of service being rendered at Maharashtra Sadan by the management".
Without naming its MP Rajan Vichare who was seen in a video footage purportedly force-feeding a Muslim caterer, who is fasting during Ramzan, at Sadan during the protest, the editorial said, "Was it wrong to question the injustice?. Was it wrong to question the catering contractor on quality of food served there?
"What is wrong if the chapati is taken to the mouth of the contractor and he was asked to eat it. It was not written on his face that he was a Muslim. It was just a coincidence. The contractor serves such chapatis that are difficult to break. How is one supposed to eat such food?" it said.
The editorial said that basic facilities like clean drinking water, cleanliness and proper canteen management are lacking at Sadan.
"Maharashtra Sadan has become a personal fiefdom... This is an insult to the Marathi manoos. Instead of taking note of the voice raised by the Marathi MPs, the chief minister and the state chief secretary are trying to give communal colour to the incident," it charged.
The editorial also praised BJP MP Kirit Somaiya for "bringing to fore the corrupt practices prevalent in Maharashtra Sadan earlier."
Shiv Sena president Uddhav Thackeray had yesterday termed the uproar over the incident as an attempt to "silence" his party's voice, saying that despite being a votary of Hindutva, Shiv Sena had no hatred for other religions.
"This (uproar over the incident) is an attempt to silence Shiv Sena's voice. We are proponents of Hindutva but we don't have hatred for other religions," Uddhav had told reporters in Aurangabad.
Chief minister Prithviraj Chavan had yesterday ordered an inquiry into the complaints made by MPs regarding the services at Maharashtra Sadan.
Show Full Article
Email ArticlePrint Article
More On