India warns global charities not to work against government An Indian minister monitoring $1.8 billion of foreign aid has accused Greenpeace of inciting protests against industrial projects and warned global activists and aid organisations not to work against the government. The warning from junior home minister Kiren Rijiju follows a crackdown by Prime Minister Narendra Modi\'s administration on foreign-funded non-governmental organisations (NGOs), including Greenpeace and the Ford Foundation. 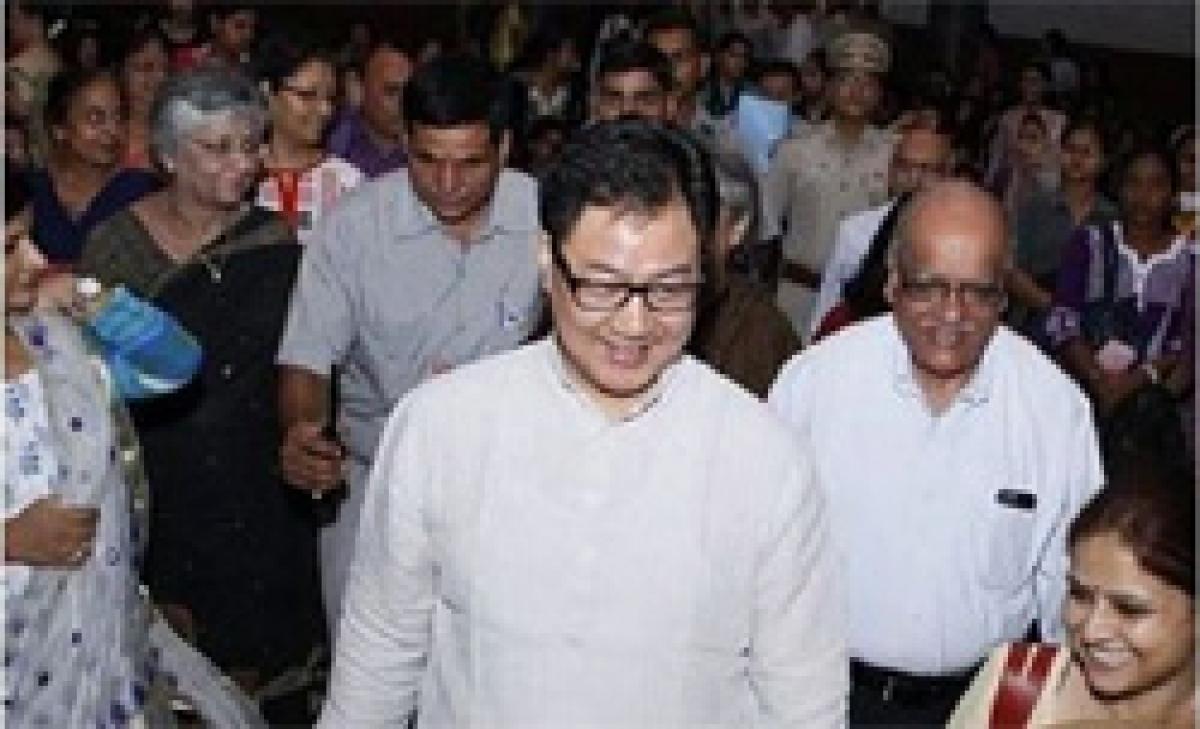 An Indian minister monitoring $1.8 billion of foreign aid has accused Greenpeace of inciting protests against industrial projects and warned global activists and aid organisations not to work against the government. The warning from junior home minister Kiren Rijiju follows a crackdown by Prime Minister Narendra Modi's administration on foreign-funded non-governmental organisations (NGOs), including Greenpeace and the Ford Foundation.

The crackdown has been criticised by the United States and Indian civil society groups. Greenpeace activists were "unnecessarily inciting innocent people against crucial projects without any valid reason", Rijiju said in an interview with Reuters this week.
The ministry's foreigners division, which is under Rijiju and oversaw some $1.8 billion of incoming aid in 2014, suspended Greenpeace's licence to get foreign funds this year, citing financial irregularities. It has frozen some Greenpeace bank accounts. The actions came after Greenpeace supported protests against a planned $3.2 billion coal mine in the Mahan forests in central India, which resulted in a court withdrawing permits for the Indian companies Essar and Hindalco (HALC.NS) to develop the project.
An Indian activist leading the campaign was barred from flying to London to address parliamentarians about the project. The foreigners division this year prevented one foreign Greenpeace official from entering the country. Rijiju said Greenpeace had diverted foreign contributions from their stated purpose. Greenpeace has taken legal action against the government's measures.
"Punitive steps have been taken because rules were totally violated," Rijiju said. "Some of the NGOs, if they are designed to work against a particular party or government, or they misuse the contributions, then they will attract provisions," he said, adding it was "evident" Greenpeace was hostile to the government.
Greenpeace, which is fighting the government measures in court, denies its activities are hurting development in the world's largest democracy. "The government's sole aim is to crush each and every voice of dissent. How can campaigns for clean air and programmes for renewable energy be anti-government?" asked Vinuta Gopal, acting head of Greenpeace India.
More than 50,000 Indian charities depend on foreign aid for projects. Under Rijiju, the department has cancelled the licenses of about 13,000 NGOs. Rijiju said he aimed to stop the misuse of foreign funds. He said he was working to make it simpler for aid groups and charities to comply with regulations.
Critics say the crackdown is to muzzle dissent and Rijiju's actions could lead to less foreign aid for projects that fight child marriage, provide clean water in slums and feed pregnant women.
Show Full Article
Email ArticlePrint Article
More On