India should talk to Russia on Netaji: Mamata 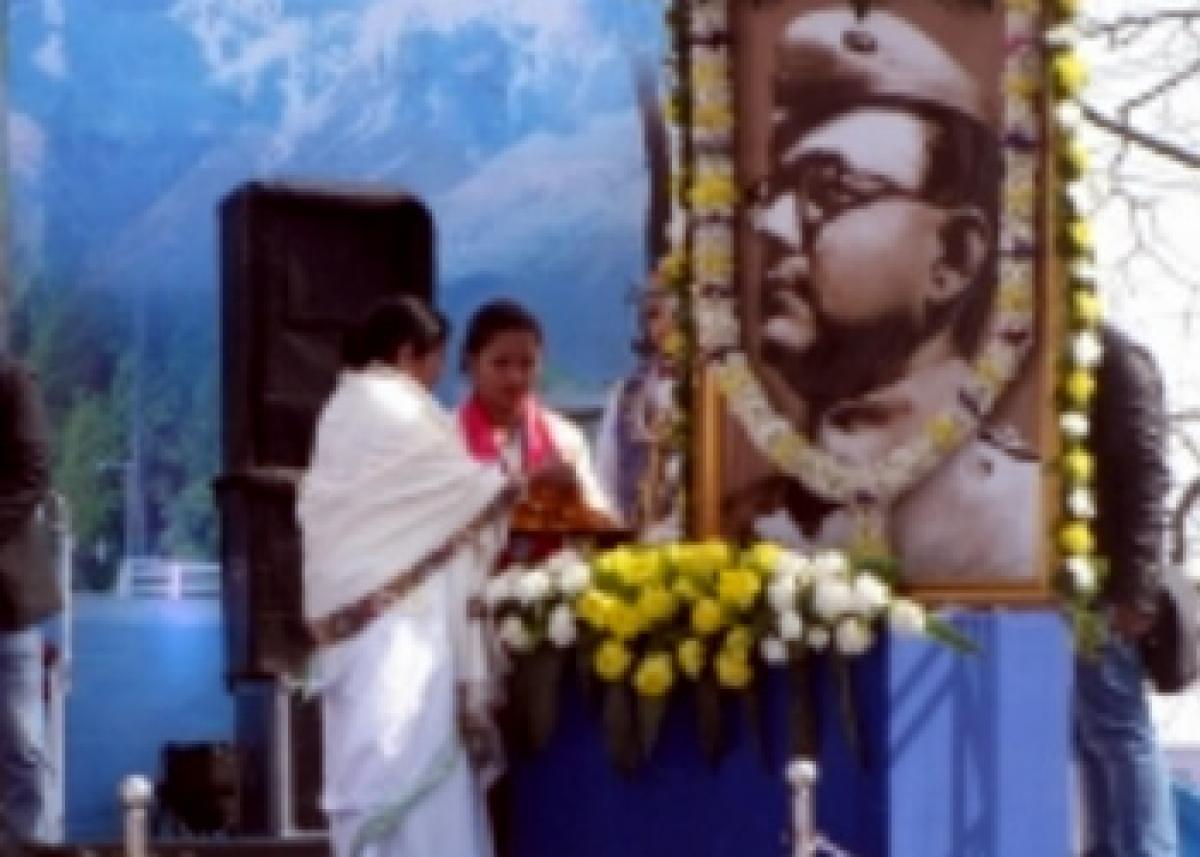 West Bengal Chief Minister Mamata Banerjee on Saturday wondered why no DNA test was done to determine if the ashes kept at a temple in Japan after the purported 1945 air crash were of Netaji Subhas Chandra Bose,

Darjeeling: West Bengal Chief Minister Mamata Banerjee on Saturday wondered why no DNA test was done to determine if the ashes kept at a temple in Japan after the purported 1945 air crash were of Netaji Subhas Chandra Bose, and sought to know whether Prime Minister Narendra Modi broached the issue of the revolutionary leader's disappearance during his recent Russia trip.

Alluding to the theory that Netaji had gone to Russia in 1945, Banerjee demanded that the central government talk to Russian leaders to ascertain "what happened to him there".

"We have a right to know what happened to Netaji in Russia," said Banerjee at the state government's official programme in this hill town celebrating the revolutionary leader's 119th birth anniversary.

On the day Modi declassified 100 files on Netaji, whose disappearance since 1945 still continues to be a mystery, the chief minister said: "We need those files, we want to see those files having information whether Subhas Bose was alive or not.

"We want to see the files which would bring to light the details of Netaji after he left this country. We want an answer, and if the need be, the central government must talk to the Russian president."

Expressing reservations about the theory that Netaji passed away after an air crash at Taihoku (Japanese for Taiwan) on August 18, 1945, Banerjee said: "Why was it widely circulated that he had died in the crash? What lies behind this?

"And if he had indeed died in the air crash, why was no DNA test done to ascertain the ashes kept at the Renkoji temple were of Netaji?" she asked.

Votaries of the air disaster theory have been claiming that Netaji's ashes are kept at the Renkoji Temple in Japanese capital Tokyo.

"The people deserve to know the truth," Banerjee said, demanding Netaji be given the title "Leader of the Nation".

Reiterating that the truth on Netaji should come out through documentation and proof, Banerjee said: "It is our responsibility towards the youth and the future generations to share with them the truth about Netaji."

The Mamata Banerjee government on September 18, 2015 put in public domain 64 files running into 12,744 pages in the presence of Netaji's family members, who have been campaigning for the declassification of the files to unravel the mystery surrounding his sudden disappearance.