Will be patient, then do what needs to be done: Sasikala 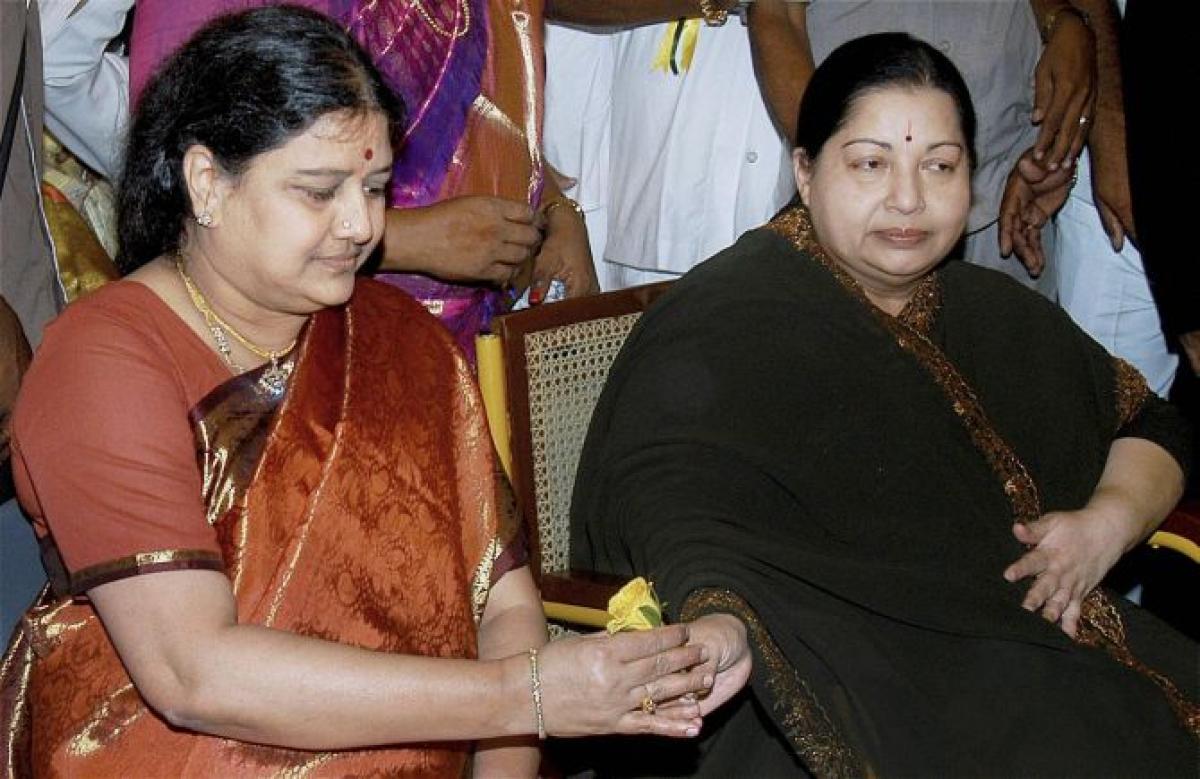 As support for rival O. Panneerselvam continued to grow, AIADMK General Secretary V.K. Sasikala on Saturday sought an appointment with Governor C. Vidyasagar Rao. She said her camp would be patient for some time and then \"do what needs to be done\".

As support for rival O. Panneerselvam continued to grow, AIADMK General Secretary V.K. Sasikala on Saturday sought an appointment with Governor C. Vidyasagar Rao. She said her camp would be patient for some time and then "do what needs to be done".

Speaking to Jaya TV, Sasikala said she believes in democracy and justice and maintaining patience.

"Only to some extent we can be patient. After that we all together would do what needs to be done," she said.

She said the AIADMK party is like an iron fort and cannot be shaken by anybody.

Sasikala said the party has a cadre strength of 1.5 crore and those who try to divide the party would lose.

She also said that there is nothing for her to fear.

Her remarks came after she sought an appointment with Governor Rao along with all legislators supporting her.

In a letter to Rao, copies of which were issued to the media, Sasikala said acting Chief Minister O. Panneerselvam has resigned from his post and the same was accepted by the Governor a week ago.

"...taking the urgency of the situation at hand, I would like to seek an appointment with Your Excellency by today with all MLAs (Members of Legislative Assembly) who extended their support to me regarding further course of action to form the Government," Sasikala told Rao.

"I believe Your Excellency will act immediately to save the Sovereignty of the Constitution, democracy and the interest of the State," the letter notes.

Panneerselvam revolted against Sasikala on Tuesday night alleging that he was forced to resign as Chief Minister to pave the way for Sasikala to occupy that chair.

Subsequently a state minister, five legislators, one sitting MP, party old-timers, former legislators and others have started expressing their support to Panneerselvam.

The ruling AIADMK now has two clear divisions -- one led by Sasikala and the other under Panneerselvam.

Sasikala has already submitted documents electing her as the leader of legislature party and staked her claim to form the government.