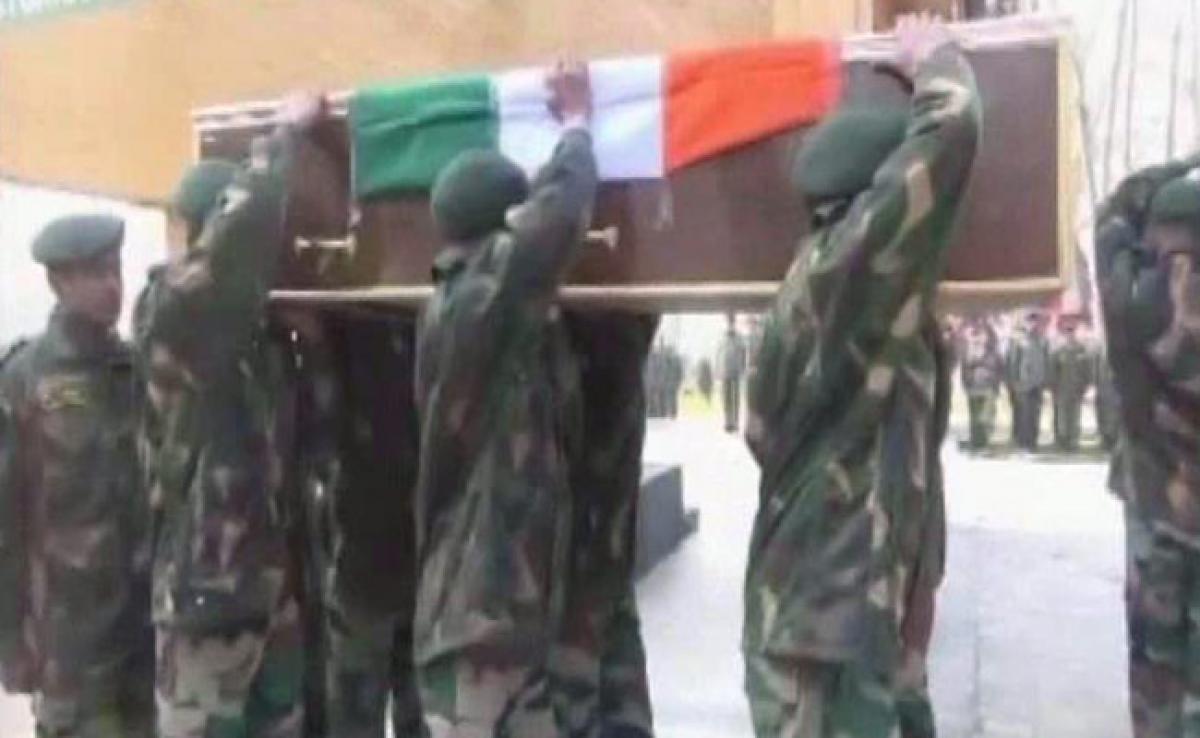 The spokesperson said Major General K K Pant, Chief of Staff of Army's Chinar Corps, laid wreaths on behalf of the Corps Commander and all ranks of the Corps.

Tributes were also paid by officials from civil administration and other security agencies that included the Divisional Commissioner Kashmir, Inspector General of Police and Joint Director Intelligence Bureau.

The soldiers, who were martyred during the operation, showed raw courage to approach a house where the terrorists were confirmed to be hiding, he said.

"Lance Naik Bhandoriya Gopal Sinh Munimsinh and Sepoy Raghubeer Singh epitomised just that form of selfless courage as they were the leading buddy pair of the team that launched an operation in Frisal area of Kulgam yesterday during which four terrorists were eliminated.

"The duo embraced martyrdom while fighting the terrorists who opened indiscriminate fire as the security forces closed in on the suspect house," the spokesperson said.

The 33-year-old Lance Naik hailed from Gokul Chand Chali Chamanpura village in Gujarat's Ahmedabad district and served in the army for 14 years. He is survived by his wife B Hemavati.

Sepoy Raghubeer Singh was only 31 years old and served in the force for 13 years. He belonged to Makholi village in Uttarakhand's Chamoli district and is survived by his wife Rekha and a six-year-old son.

"The army salutes the sacrifice of the martyrs and stands in solidarity with the bereaved families and it will forever remain the army's responsibility to ensure they lead a life of dignity and pride," the spokesperson said.

The mortal remains of the jawans are being taken to their native places for last rites.