Taj security up after reported threat from IS 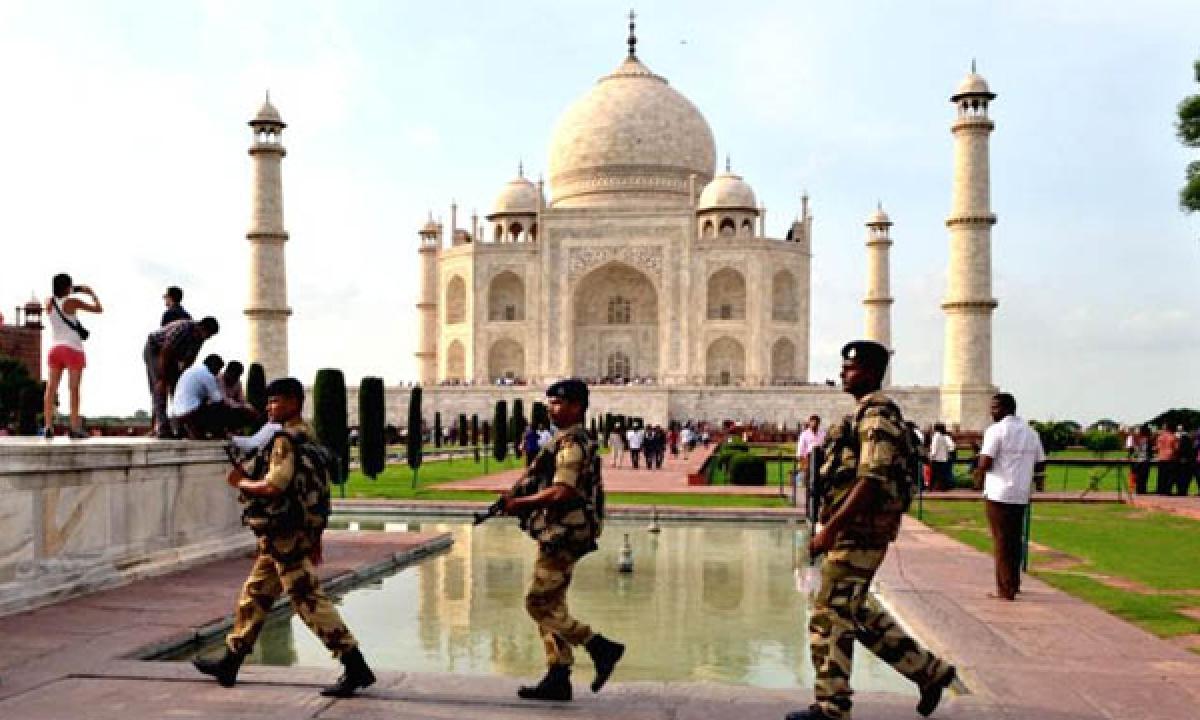 Police on Friday patrolled the Yamuna river bank here and mounted extra vigil after a website threatened to target the Taj Mahal, the 17th century monument of love.

Police on Friday patrolled the Yamuna river bank here and mounted extra vigil after a website threatened to target the Taj Mahal, the 17th century monument of love.

An official said the information was passed on to the police and the intelligence agencies on Thursday after which several teams combed the area and stepped up vigil.

Archaeological Survey of India and senior police officials, however, tried to play down the threat, saying the security arrangements were routine.

Local newspapers have published a photo from the website showing a graphics of the Taj Mahal with a terrorist standing alongside holding what looks like a weapon.

The world heritage monument is visited by over six million tourists annually.

Senior Superintendent of Police Preetinder Singh said police teams were on alert and a close watch was being kept on crowds.

The internal security in the Taj Mahal is provided by the Central Industrial Security Force. The Uttar Pradesh Police and Provincial Armed Constabulary man the outer posts.

SWOT commandos have been put in charge at vantage points. Mock drills are being conducted every few hours to test the state of preparedness.

Outside the 500 metre security ring, police teams are keeping a strict watch on the movement of vehicles both on the western gate parking and the Shilpgram parking towards the eastern gate, the sources said.

Superintendent of Police Sushil Dhule and a team of the bomb disposal and dog squads on Thursday evening visited the entire area around the Taj Mahal.

The number of visitors to the Taj Mahal is on the rise. The annual Taj Mahotsava is set to begin on Saturday.