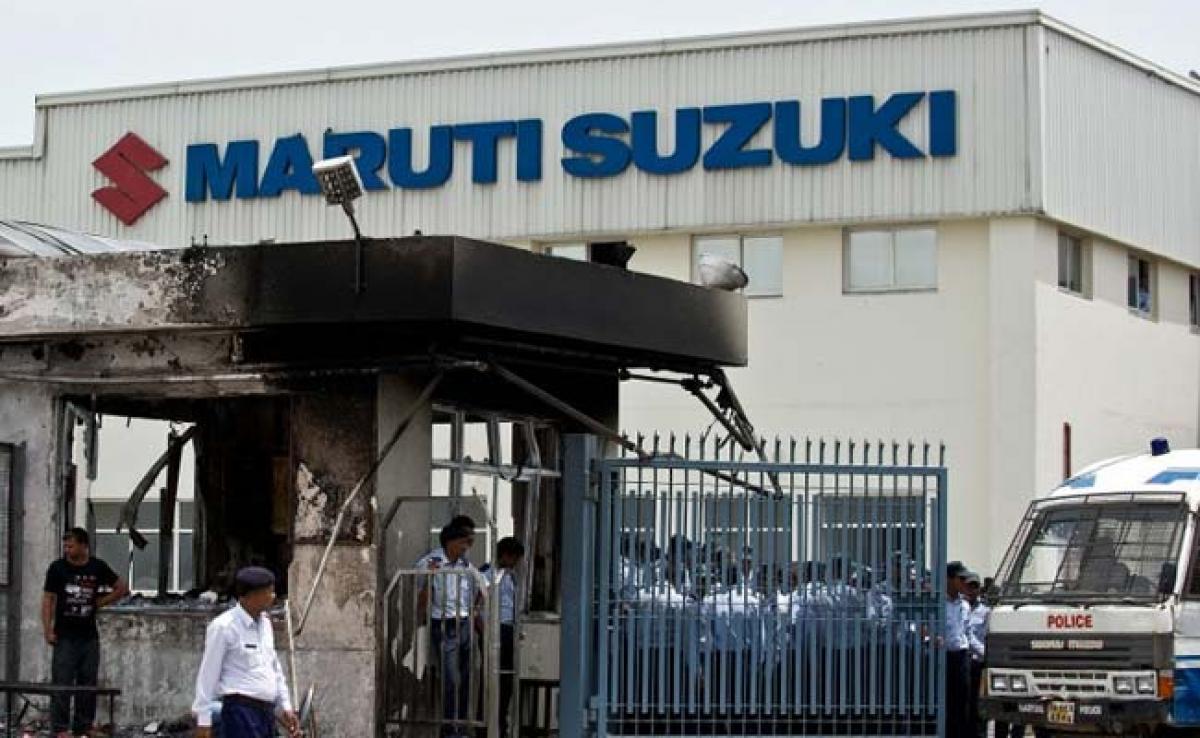 A Gurgaon court today awarded life sentence to 31 workers for the violence at the Maurti Suzuki factory in Manesar in 2012.

A Gurgaon court today awarded life sentence to 31 workers for the violence at the Maurti Suzuki factory in Manesar in 2012.

Additional district and session judge RP Goyal granted life sentence to 13 former employees of the automobile major, who were found guilty of murder of a senior manager, during the violence.

Of the 18 ex-workers, who had been convicted of various other offences like violence, rioting and attempt to murder, four have been given a sentence of 5 years.

Fourteen other convicts would be released after paying a fixed amount of Rs. 2,500 as fine. The court termed these 14 as "undergone accused" as they had already served a jail term of four and half years, which it felt was enough punishment.

Defense counsel, Rebbecca John said she would challenge the verdict in the High Court.

Earlier, 31 workers had been convicted and 117 were acquitted by the court on March 10. Thirteen of the accused were held guilty of murder while the remaining 18 were convicted of violence, rioting and other offences.

Violence had erupted at the facility in August 2012 over disciplinary action against an employee during which agitated workers went on rampage, smashing property and setting parts of the factory on fire. Senior human resource manager Awanish Kumar Dev was burned to death, beaten up and bludgeoned with rods.

Those wounded included some foreigners and policemen. The police had arrested 148 workers in connection with the murder.

Hundreds of policemen in riot gear were today deployed at the court and outside automakers offices' over threats by workers to mobilise large-scale protests if their colleagues "did not get justice".The administration had imposed section 144 in the district till March 25.