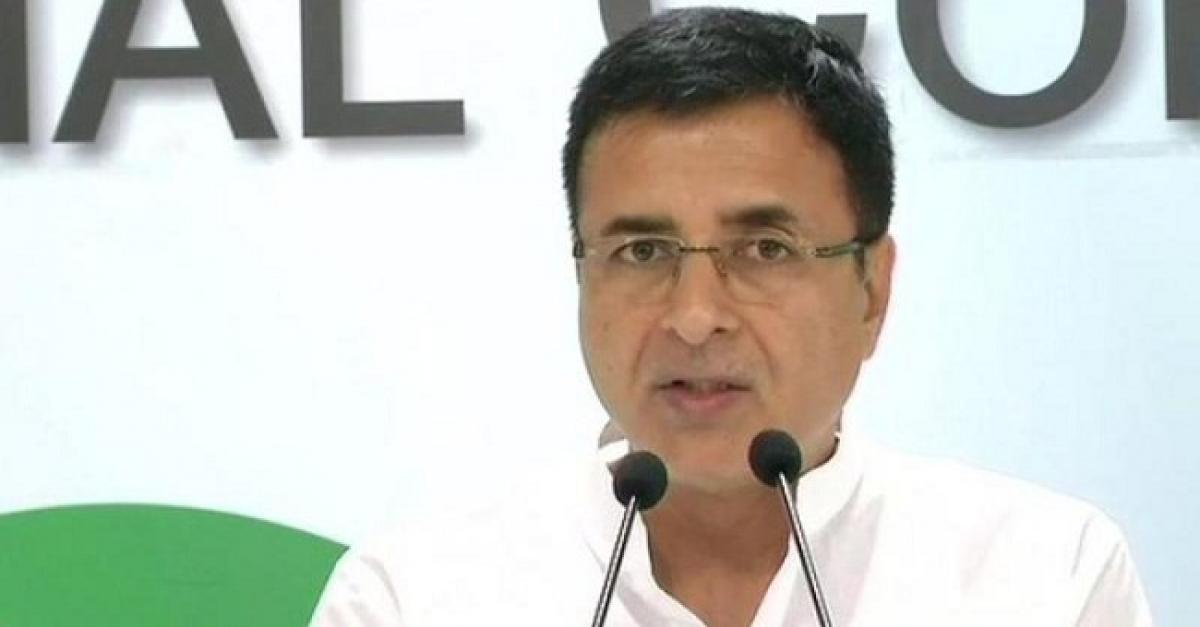 The Congress hit back at Finance Minister Arun Jaitley on Thursday accusing him of lying on the issue of NPAs and dubbed him as a court jester writing wasteful blogs, after he called Rahul Gandhi a clown prince who was spreading lies about Modi government waiving Rs 25 lakh crore in loans to 15 industrialists

New Delhi: The Congress hit back at Finance Minister Arun Jaitley on Thursday accusing him of "lying" on the issue of NPAs and dubbed him as a "court jester" writing "wasteful" blogs, after he called Rahul Gandhi a "clown prince" who was spreading "lies" about Modi government waiving Rs 2.5 lakh crore in loans to 15 industrialists.

Congress chief spokesperson Randeep Surjewala accused Jaitley of making desperate attempts at spreading "fake agenda to stay relevant as a court jester" and asked why he was "abusing" the opposition instead of answering the questions on non-performing assets of banks and Rafale deal. Attacking the government on the issue of NPAs, the Congress leader alleged collusion between "bank looters and the Modi government".

"Political amnesia and chest thumping cannot obliterate your dismal record of dismantling India's economic progress or as also the surging NPAs resulting out of bankruptcy of economic vision of Modi Government," he said.

He said Jaitley and the Modi government have been "trapped" on the Rafale issue and that is why they are resorting to abuse against the opposition.

"Arun Jaitley is desperate in his attempt to stay relevant as a ‘court jester' to ‘Modi Sultanate'. 'Abuse, diversion' and deception' are the desperate tools of a 'Lying -Jait-LIE'.

"Instead of hiding behind the cloak of expletives for the opposition, let FM coherently answer politically relevant issues," he said in a statement. Surjewala said the Finance Ministry in a reply in Parliament on July 24, 2018 admitted that NPAs stood at Rs 2,51,054 crore when Congress-UPA demitted power and they have increased to a whopping Rs 9,61,962 crore by March 2018. As NPAs now stand as Rs 12,00,000 crore, he asked, "Are you lying in your ‘fake agenda blogpost' today or did you lie in Parliament? The nation wants to know".

He also asked how many ‘wilful defaulters' escaped from India during last 52 months and with how much money. "How many ‘economic offenders', ‘defaulters' and ‘looters' did you bring back to India and jailed?," he asked.

"And yes ‘Jait-LIE' ji, the desperate quest to stay relevant of a ‘court jester' by wasteful blogs continues. "Please reply - Why hide behind abuse when trapped in Rafale maze? Why supersede HAL for Rs 30,000 crore contract? Why no answer on Rs 41,000 crore loss in Rafale scam?," he said on Twitter.

And yes ‘Jait-LIE’ ji, the desperate quest to stay relevant of a ‘court jester’ by wasteful blogs continues.

"Why compromise national security by reducing aircraft from 126 to 36? Why did you violate the Defence Procurement Procedure? Why was no prior approval taken from Cabinet Committee on Security? Why did you sacrifice ‘Transfer of Technology' to India? Why eight-year long delay for ‘emergency purchase' of aircraft?," he asked.

Raising the Vijay Mallya issue, Surjewala asked, "Did Mallya, an economic offender of Rs 9,091 crore, meet you on March 1, 2016 and tell you he was leaving India for London? Did Mallya not run away on March 2, 2016? Were you not duty bound as Finance Minister to alarm the authorities and get Mallya arrested? Should your role then be not probed? Do you have any right to continue as Finance Minister? Should you not be sacked immediately?"

He said the truth is that the “ever depreciating ‘Rupee', the ever increasing fuel prices, the declining exports and extinguished savings, the phenomenally high current account deficit is your sad legacy and making the common people of India describe you as – 'Jaitley looted the pockets'."

Jaitley had earlier launched a scathing attack on the Congress president as he retorted to his charges made during political rallies.

"You lied on the Rafale deal, you lied on the NPAs. Your temperament to concoct facts raises a legitimate question – do people whose natural preference is falsehood deserve to be a part of the public discourse," he said in a Facebook blog.

“The world's largest democracy must seriously introspect whether public discourse should be allowed to be polluted by the falsehood of a 'Clown Prince'," the BJP leader said.