Dealing a harassment case, judge orders CCTV in his chamber 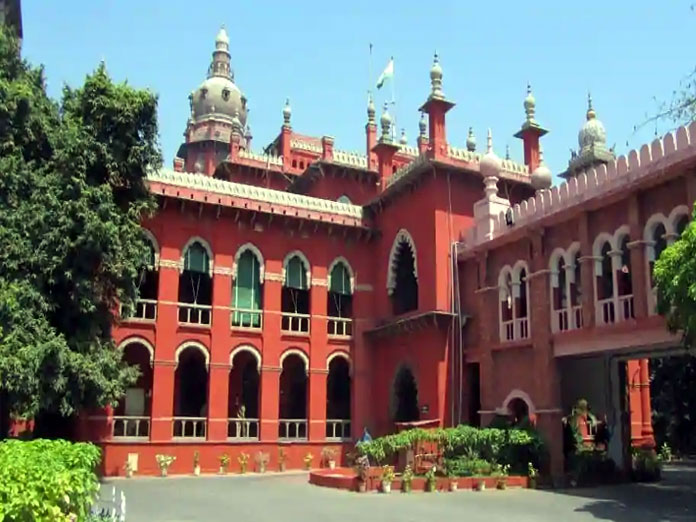 Quoting Mahatma Gandhis dictum that practice is better than preaching, a Madras High Court judge has ordered installation of CCTV camera in his chamber while recommending the same for offices of all highlyplaced Tamil Nadu government officials to tackle sexual harassment at work places

Chennai: Quoting Mahatma Gandhi's dictum that practice is better than preaching, a Madras High Court judge has ordered installation of CCTV camera in his chamber while recommending the same for offices of all highly-placed Tamil Nadu government officials to tackle sexual harassment at work places.

Justice S M Subramaniam directed the court registry to install CCTV camera in his chamber within two weeks, while disposing of petitions from IPS officer S Murugan and a woman police superintendent who had made sexual harassment charges against the senior police official.

In his order, the judge referred to Gandhiji's quote "An ounce of practice is worth more than tons of preaching", and gave the go ahead for a probe by an Internal Complaints Committee (ICC) and the CB-CID which had registered an FIR on the woman officer's complaint.

Justice Subramaniam recommended to the state Chief Secretary installation of CCTV cameras inside the chambers and offices of all highly-placed officials in order to avoid such allegations and to safeguard women employees from sexual harassment.

The judge tasked the state chief secretary with initiating action against the IPS officer under the service rules which he said was necessary under the facts and circumstances of the case. The IPS official, among other things, had challenged the validity of the ICC forwarding the SP's complaint to police for registration of an FIR.

On this point, the judge, in his order, said the registration of an FIR cannot be found fault with. "When a woman police officer in the rank of Superintendent of Police is making such a statement, this court is of the considered opinion that such a statement requires a serious consideration warranting a deeper enquiry and appropriate action against the person against whom the allegation is made," he said.

The matter had been unfortunately kept in abeyance for the past around six months by raising the dispute regarding constitution of the ICC, the judge noted. The woman SP in her August 4, 2018, complaint made her intention to initiate criminal action against Murugan clear.

The "employer," in this case, the Director of Vigilance and Anti-Corruption (a police wing) ought to have forwarded her complaint for registering an FIR, but the ICC, on the contrary, forwarded it, the judge noted.

However, the procedure adopted to forward the plaint would not vitiate the FIR which only requires information. The judge upheld the constitution of ICC and also directed it to proceed with the enquiry by following the procedures laid down in The Sexual Harassment of Women at Workplace (Prevention, Prohibition and Redressal) Act, 2013.

Opportunity should be given to the parties concerned and a report should be submitted within a period of two weeks from the date of order, he said and directed the CB-CID to proceed in the matter according to law and commence investigation.

On the probe being put in abeyance for six months by raising a dispute on the setting up of the ICC, the court said higher officials must have held an enquiry by this time and it is mandatory. A reading of the complaint disclosed allegations affecting the modesty of a woman and registration of a criminal case is "just and necessary."