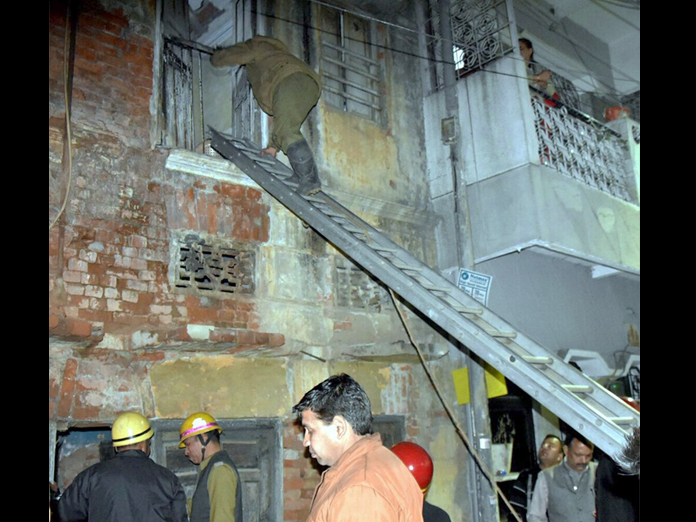 A portion of a dilapidated building collapsed in central Delhis Karol Bagh area on Saturday, an official from the Delhi Fire Service said

New Delhi: A portion of a dilapidated building collapsed in central Delhi's Karol Bagh area on Saturday, an official from the Delhi Fire Service said.

Four people, including a woman, who were trapped inside the building were safely rescued, he said.

The Delhi Fire Service received a call about the incident at 8 pm after which four vehicles, including a rescue responder, were rushed to the spot, the official said.

No injuries were reported, he added. The incident comes a few days after 17 people were killed in a massive fire at a hotel in Karol Bagh.