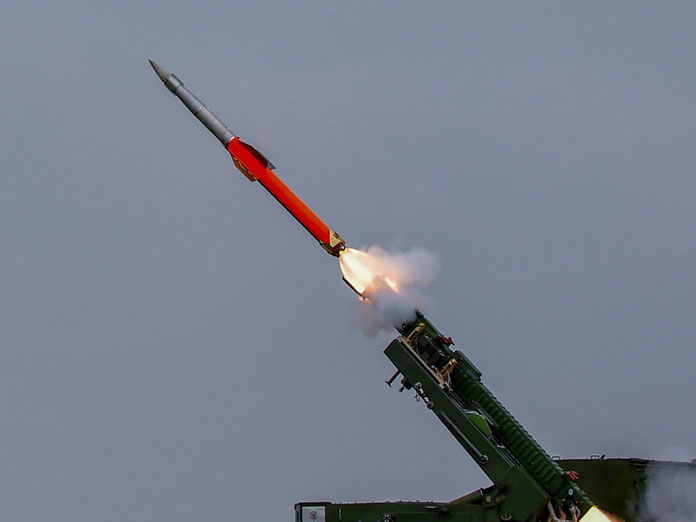 The missiles were fired from a canister mounted on a rotatable truck-based launch unit, said sources. The missile, which has a strike range of about 30 km, is capable of killing aerial targets, tanks and bunkers, sources added.