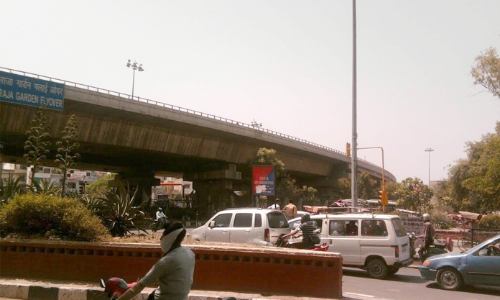 The Supreme Court on Friday ordered closure of a banquet hall, which is situated below Raja Garden flyover in west Delhi, with effect from March 30 saying it is a traffic hazard

New Delhi: The Supreme Court on Friday ordered closure of a banquet hall, which is situated below Raja Garden flyover in west Delhi, with effect from March 30 saying it is a “traffic hazard”.

A bench of Justices Arun Mishra and Deepak Gupta observed that the apex court-mandated monitoring committee on sealing of unauthorised constructions in the national capital has also said that the banquet hall was being operated in violation of provisions of Master Plan of Delhi-2021 and building bye-laws.

Master Plan of Delhi-2021 is a blueprint for urban planning and expansion in the metropolis to ensure overall development.

Senior advocate Ranjit Kumar, assisting the top court as an amicus curiae in the Delhi sealing matter, told the bench that the banquet hall below Raja Garden flyover here should be closed down as it was creating traffic problem there.

The monitoring committee, in its report filed in the top court, has said that Delhi government’s cabinet had in 2011 decided to enhance the aesthetics of area below Raja Garden flyover.

The report said that Public Works Department (PWD), along with Delhi Tourism and Transportation Development Corporation (DTTDC), had entered into an agreement with a private firm for running the banquet hall under the flyover in violation of the decision taken by the cabinet.

During the hearing on Friday, when the amicus referred to the report of committee, the bench observed, “Government is doing all this due to political pressure and pressure from businessmen. That is why courts are here for checks and balances”.

The bench observed that all such activities, which are in violation of law, below flyovers in Delhi should be stopped. It said the apex court will also examine the Master Plan of Delhi-2021.

It asked the counsel appearing for the banquet hall owner to stop its operation with effect from March 30. “We will not decide it now. We will permit your operations till March 30 only,” the bench said.

The bench said it would also hear the issue related to status of ground water in Delhi in the first week of April.