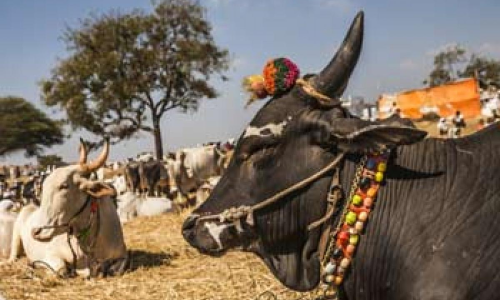 There were widespread celebrations in Tamil Nadu on January 8 when the Central government lifted the ban on Jallikattu and paved the way for the famed bull-taming sport held on Pongal Day in Tamil Nadu.

There were widespread celebrations in Tamil Nadu on January 8 when the Central government lifted the ban on Jallikattu and paved the way for the famed bull-taming sport held on Pongal Day in Tamil Nadu. However, animal lovers and the Animal Welfare Board of India (AWBI) saw red and swiftly approached the Supreme Court against the government move.

On January 12, the apex court stayed the government notification, thereby effectively bringing back the ban on Jallikattu. The Supreme Court again on January 13 refused to revoke the ban on Jallikattu. It dismissed petitions supporting conduct of the sport. By fixing the next hearing for March, the court effectively ensured that the sport cannot be held this year - it's usually held to celebrate the winter harvest.

State elections in Tamil Nadu are due later this year, and all parties have been urging the Centre to sanction the sport. Tamil Nadu Chief Minister J Jayalalithaa, who, like other politicians, had lobbied heavily for the event to be allowed, wrote to Prime Minister Narendra Modi, urging him to use an executive order or ordinance to allow the sport to be held. DMK leader M Karunanidhi also issued a similar appeal to the prime minister.

The centuries-old tradition of Jallikattu, which means "bull-taming," sees bulls let loose as young men compete to subdue them. The event was cancelled last year for the first time after the previous UPA government imposed a ban citing cruelty. In this context, let us know interesting facts about bull and their behavioural ethology mentioned in the Supreme Court judgment in Animal Welfare Board of India versus A Nagaraja & Ors, 2014.

Bulls move in a relaxed manner if they are within a herd or even with other bulls. Individual bull exhibits immense anxiety if it is sorted away from the herd. Bulls vocalise when they are forced away from the rest of the herd and vocalisation is an indicator of stress. Bulls exhibit a fight or flight response when exposed to a perceived threat. Bulls are more likely to flee than fight, and in most cases they fight, when agitated.

Bulls usually stand to graze and pattern of grazing behavior of each herd member is relatively similar, which moves slowly across the pasture with the muzzle close to the ground and they ruminate while resting. Bull is known to be having resting behavior and will avoid source of noise and disturbance and choose nonhabitual resting sites if the preferred ones are close to the noise or disturbance, which is the natural instinct of the bull. Study conducted also disclosed that bulls have long memories. Factors mentioned above are the natural instincts of bulls.

Bulls, as already indicated, according to the animal behavior studies, adopt flight or fight response, when they are frightened or threatened and this instinctual response to a perceived threat is what is being exploited in Jallikattu or Bullockcart races. During Jallikattu, many animals are observed to engage in a flight response as they try to run away from arena when they experience fear or pain, but cannot do this, since the area is completely enclosed.

Jallikattu demonstrates a link between actions of humans and the fear, distress and pain experienced by bulls. Studies indicate that rough or abusive handling of bulls compromises welfare and for increasing bulls’ fear – often, they are pushed, hit, prodded, abused, causing mental as well as physical harm.