The saga of a spoilt city continues 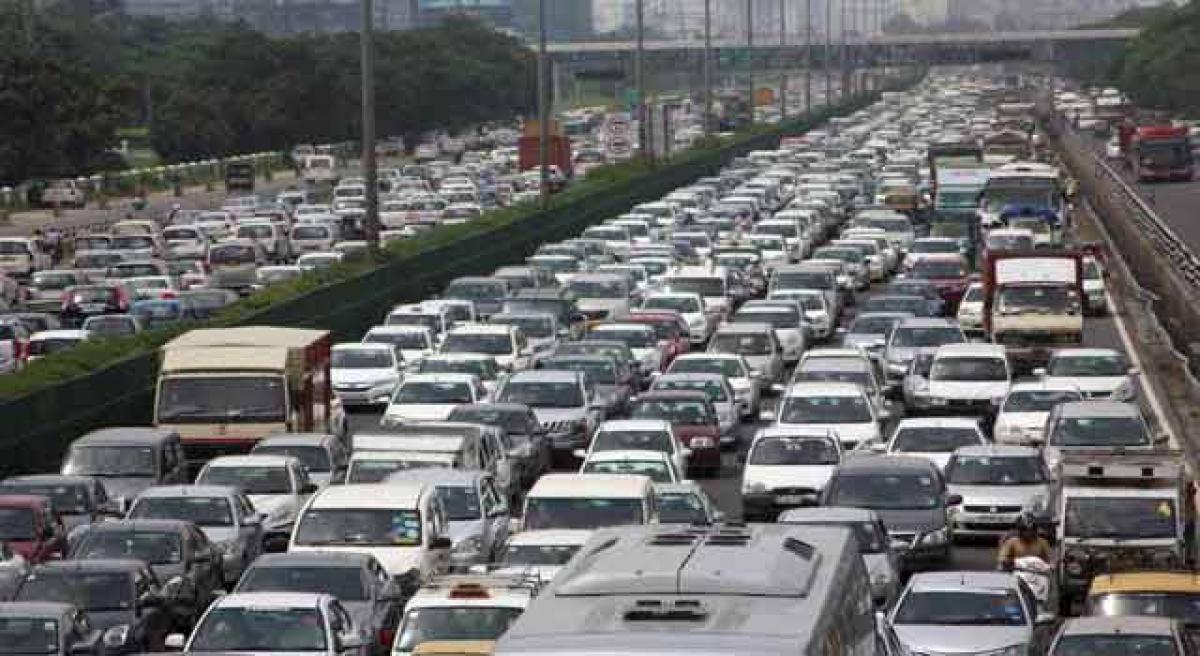 Dilli hai Dil Hinustan ka….   is an old Hindi film song’s line. The capital city is the heart of the nation, but it is getting tubercular. Its...

“Dilli hai Dil Hinustan ka…. is an old Hindi film song’s line. The capital city is the heart of the nation, but it is getting tubercular. Its pollution has reached alarming levels, enough to earn adverse warnings to intending visitors and tourists. The country’s largest urban agglomerate has more people than it can sustain and more vehicles than its roads can carry.

Nobody cares about the hardships that professionals undergo in Delhi due to non-availability of cabs. Nobody has asked why the State administration had failed to ensure compliance by imposing restrictions on sale of diesel vehicles for registration in Delhi for use as public transport

Forty five years-plus are a speck in the life of an ancient Delhi and a century-old New Delhi. In this short period, one has seen the old city getting more congested but largely unchanged. New Delhi has changed from being a Babus’ town to a cosmopolitan city with thousands from other States thronging and has much global clap-trap.

Delhi used to have extreme climate. Braving a dry winter, one followed elders’ advice: “Wear an extra piece of cloth and eat an extra roti to stay healthy.” Now, the winter is no longer healthy, one sweats a lot in summer and it rains much more, though not the way it does in Mumbai or Kolkata.

Politically, Delhi was a two-party battleground. The Congress was opposed by the Jana Sangh then and now the Bharatiya Janata Party. A third party in the electoral fray divided the vote favouring one or the other.

Aam Aadmi Party (AAP) has changed that. After holding both at bay in its first outing, it trounced both again in December 2014, this time winning a whopping 67 of 70 seats.

Yet, the Arvind Kejriwal government does not enjoy a comfortable run thanks to opposition from both the rivals. Delhi has tremendous political importance, both real and symbolic, for anyone to give up.

Kejriwal is a red rag to the Congress and the BJP. Actually, the two are happy with AAP in office. Each is satisfied with the other being out of power. AAP is the proverbial monkey holding the bread.

Kejriwal has done fairly well despite his daily run-ins. He fights the Centre’s representative, Lt Governor Najeeb Jung. But beyond minding his Delhi business, Kejriwal also takes frequent potshots at Prime Minister Narendra Modi. The latest is his questioning Modi’s university degrees and daring him to arrest Congress chief Sonia Gandhi for her alleged involvement in the Agusta helicopter deal scam.

He does not really mind cooperating with the Centre when it suites him. All through the controversy over the cultural show patronised by spiritual guru Sri Sri Ravishankar in March, the Delhi administration quietly cooperated when the big show brought thousands to the Jamuna riverbed. Cleverly, Kejriwal let the Modi government defend the show that attracted the ire of environmentalists, politicos and many others.

All three parties silently agree and work to ensure that Delhi remains the most pampered island in the federal structure of India. It has not been given a full statehood due to exigencies of the political structure. Thanks to this, the Union government retains control over certain key matters, like the police. Kejriwal, who protested the most earlier, has all but gone silent.

Delhi has an elected assembly and a popular government. It has always enjoyed a liberal flow of central financial assistance. Ask anyone who has seen the building of Pragati Maidan, the country’s premier venue for holding gigantic exhibitions, which will soon be revamped, the Asia Games or the Commonwealth Games, and you know how money pours into Delhi.

But everyone is in it also, when it comes to spoiling Delhi or leaving it spoilt. Jamuna has the world’s dirtiest riverfront when compared to Danube, Seine, Potomac or any other river. There are 200 slums currently, most of them illegal, to be legalised on the eve of each election.

No political leader has shown genuine interest in clearing slums as they cannot have a consolidated vote bank in one location as slums. If residents of slums are scattered to different healthier locations, they cannot be used as vote banks with least efforts.

Its roads are wide but dirty. People die of cold during winter, in heat wave during summer and from water-borne diseases during monsoons.

The Supreme Court has passed several strictures and orders to curb pollution, misuse of the Jamuna waters and much else. It was the apex court that ruled on the use of CNG (compressed natural gas) for public transport and phasing out of vehicles over 15 years old.

With its recent activism, it seems to have all aces in its hand. Its arbitrary decree to phase out 36,000 diesel-run cabs overnight from roads of Delhi came as a bolt from blue for everybody, especially the cab drivers whose livelihood depended on them.

For years, diesel has been the cheaper, preferred fuel from transport buses to limousines of the rich. Now the apex court says, rightly so, that diesel run cabs are polluting Delhi.

The Centre has not opposed it but has provided data to show that the summation by the Court was not in consonance with the fact. The State government is supportive of the Cenre and together they have marshalled the support of the Pollution Control Board.

But there is a snag. The middle class that supported the odd-even scheme of AAP government despite all odds wants to know why successive governments have failed to comply with the earlier order of the apex court, issued five years ago, that the government must ban the plying of diesel engine vehicles as public transport.

Nobody cares about the hardships that professionals undergo due to non-availability of cabs. Nobody has asked why the State administration had failed to ensure compliance by imposing restrictions on sale of diesel vehicles for registration in Delhi for use as public transport.

Political entities remained indifferent to the oncoming plight because none desired to invite the wrath of the highest judiciary. The affected cab drivers were left with no option but to bring the normal life in Delhi to a standstill by jamming roads.

Seven hours of ordeal of millions due to jammed roads made the State rush to the court to seek relief not only for affected cab drivers but also for the self as it realised the grave consequence of what lay ahead. Cab drivers had brought the State to its knees and would continue to do so was evident. They had no other means to fight directives based on pre-conceived notions and prejudices.

The Delhi Metro is carrying passenger load far above its capacity while 11,000 buses, public and private together are not enough to clear the increased load even though two-wheelers are exempted from purview of odd-even scheme, despite the fact that they contribute maximum share in polluting the Delhi air. The phasing out of such a large number of taxies overnight is bound to result in heavy shortage of cabs.

Most cab owners have raised loans from banks and other financial institutions to purchase vehicles so that they can earn and pay. If they were to be immobilised under the court orders, there is no way they could repay their loan installments.

Sadly, they are unlikely to practise the art of leaving India that the multimillionaire Vijay Mallya displayed two months ago. They would be left with no options but to spend their time in prisons with the penal interest rates charged by banks against faltering in repayments.