Dogmatism is no virtue, Mr KCR! 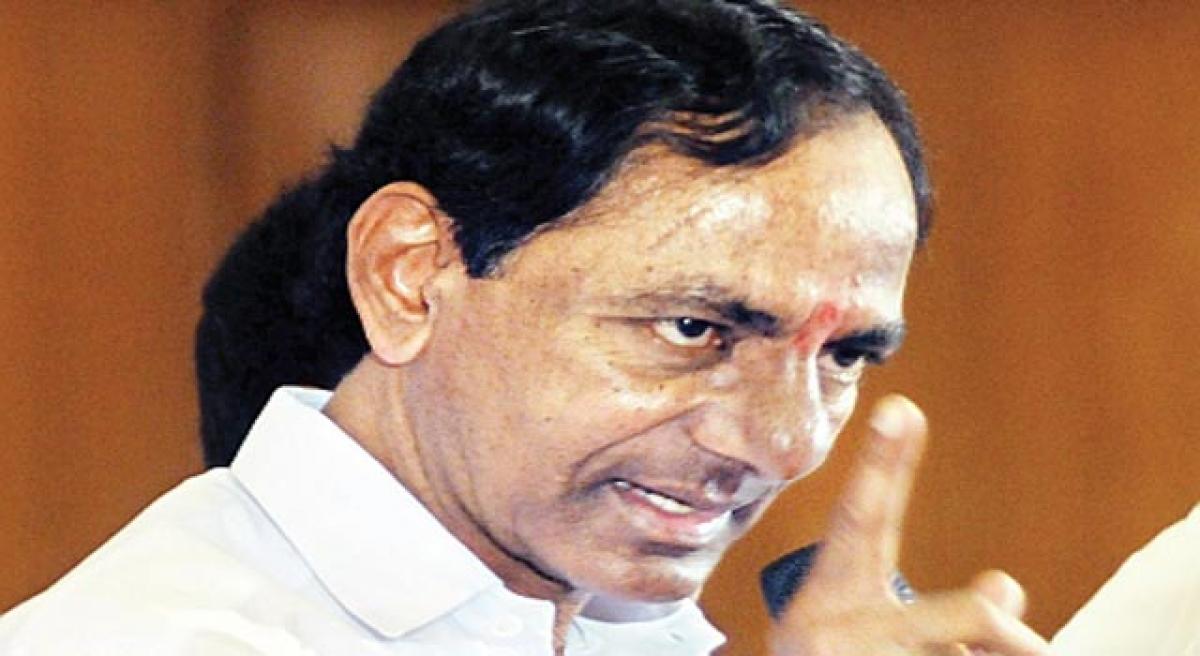 elangana Assembly set a new precedent on Sunday. It virtually bulldozed the opposition parties and passed the amendments to the Land Acquisition Bill...

Telangana Assembly set a new precedent on Sunday. It virtually bulldozed the opposition parties and passed the amendments to the Land Acquisition Bill without any discussion. Both the opposition and the government indulged in the game of oneupmanship.

While the opposition wanted to lash out at the government by taking up the issue of farmers, particularly the agitation by chilli farmers and turmeric farmers in Khammam and other places across the state, the government which was determined not to allow any such discussion preferred to close the issue by passing the amendments without any discussion.

The KCR government might have certainly pulled a fast one over the opposition because it enjoys majority in the house, but it has opened Pandora’s box. It has given the opposition a new stick to beat the ruling party with. The opposition is now contemplating to cash in on the issue by going to the people and try to project that the government is anti-farmer.

The Congress which is upping its ante wants to expose the “undemocratic and autocratic” attitude of the government and says that social impact assessment is necessary before the amendments to land acquisition Act are made. It also says that the government should have increased the land value at least two or three times before acquiring it for various projects. But by not doing so, the Congress alleges that government has caused loss to the farmer. The Congress now wants to take the issue to New Delhi.

The opposition parties are angry that the government without taking remedial measures to help the farmers is behaving as if they are “monarchs.” In the first place the Telangana Assembly has set a bad precedent by keeping the TDP and the BJP members out of the BAC and Assembly. In a Parliamentary democracy, protests in Assembly or Parliament are a common feature.

When the governments feel that the opposition is continuing with its protests beyond a point, they suspend the members normally for a day. Only in extreme cases suspension of members is effected for the entire session.

But this government, it has been observed, does not tolerate any kind of opposition or protests in the Assembly and soon after the opposition members get up and protest, they are suspended for the entire session.

Even if a government in order to bring order in the house suspends some members, it is not necessary that it should continue with its vindictive attitude and keep them away from the Assembly as is being demonstrated by the TRS government this time.

However, the ruling party and the Speaker in this case have conveniently ignored the clause that the House has a right to revoke the suspension of the members anytime. The very fact that it has not done so indicates that the government is determined to keep the opposition out of Assembly which is not a healthy sign in a democracy.

Let us take the example of suspension of YSRCP MLA Roja by the Andhra Pradesh Assembly for one year. Though the TDP was happy over the step they had taken, it did invite the wrath of many who felt that the government was being vindictive.

Finally, the AP government despite wanting to extend her suspension by another year took a step backward once the period of punishment was over and she is now back in the Assembly. The TRS government too needs to ponder over the long-term impact of such decisions.