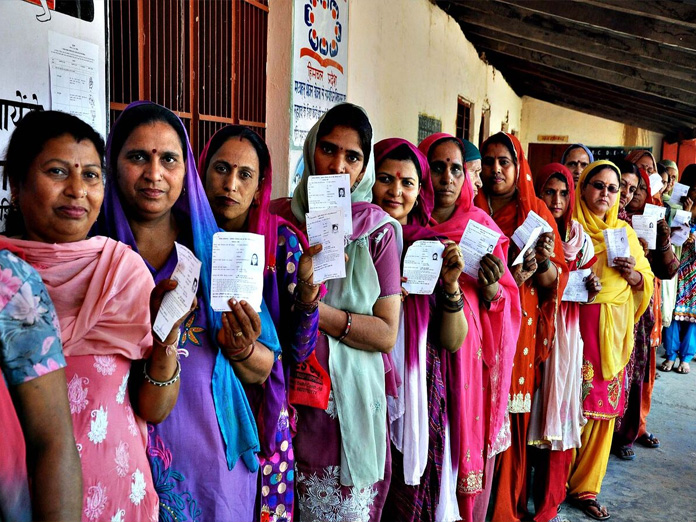 When this columnist joined the service in the late 60s, the Panchayati Raj PR system was in full bloom, with Samiti presidents and Zilla Parishad ZP...

When this columnist joined the service in the late 60s, the Panchayati Raj (PR) system was in full bloom, with Samiti presidents and Zilla Parishad (ZP) chairmen very much in the limelight who called the shots in the developmental paradigm. They enjoyed not only power and authority, but also a visibility even the members of the State Assemblies and Parliament lacked.

That was why in those days, we as trainee Assistant Collectors (under training) were required to hold independent charge as a Block Development Officer, (Chief Executive Officers of a Panchayati Samiti), for as long as six months.

The system was much more vibrant and effective in States such as Maharashtra and Gujarat and subsequently in Karnataka (where the Chief Executives of the ZPs were actually known as Chief Secretaries and were invariably senior to the District Collector, District Magistrate or Deputy Commissioner as they were variously called in different States). The Panchayati Raj Institutions (PRIs) at all levels from the district to the village through the block were flush with funds and development was in full swing.

Over time, however, erosion of the powers of the Local Self-Government Bodies (LSG) inevitably crept in and, slowly but surely, the civil servants and the political bosses occupied the space forcibly got vacated. So much so that, in the early 90s, the government of India moved to get the Constitutional Amendments (73rd and 74th) passed by Parliament so that empowerment of LSGs, be they rural or urban, was mandated to be done by the States through appropriate legislations.

The central theme of the amendments was the provision of the three ‘f’s – namely functions, functionaries and funds – to the Panchayati Raj and Urban Local Bodies to enable them to discharge their responsibilities effectively. What followed, unfortunately, was the usual story of weak laws, weaker enforcement and an even more lackadaisical approach to creating the necessary enabling environment.

The result is what we witness as the grassroots level in the field today, which is a picture of pathetically imposed LSG institutions – paper tigers, with neither the mandate nor the ability to undertake a meaningful role in the development paradigm. Now that elections are around the corner in Telangana State, it may be an appropriate time to understand why local self-government is important.

One natural difficulty arising from linear compliance with the Constitutional amendment was that the same approach had, willy-nilly, to be adopted in various parts of the country. In the North-Eastern region for instance, there has, for long, been in existence a system of “village development councils”. That system, no doubt, was somewhat feudal. What should have been done was to have tweaked the extant system to make it contemporary with the imperatives of the realities of the present. Unfortunately, an attempt was made to impose it, more or less unilaterally, in a top-down manner, with the result that the very purpose of the exercise failed.

An aspect, in respect of which the manner in which the State governments enacted laws and implemented them, is the issue of reservation to elective offices for scheduled castes, scheduled tribes, backward classes and women. Though the system worked seemingly effectively on paper, what often transpired was that those who got elected were really dummies for vested interests who manipulated the exercise of authority by them from behind the scenes.

As has been the case with other grassroots institutions such as cooperatives, there have been instances of State governments being uncomfortable with the exercise of independent authority by bodies not directly under the traditional administrative system – except of course for purposes such as inspection, audit inquiry and elections etc.
As a result, there have unfortunately been frequent instances, sometimes through the enactment of laws to serve the purpose, when the State governments have imposed what can only be called ‘President‘s rule’ by superseding be elected bodies and appointing officials in their place.

Recourse has been taken to such steps usually upon the expiry of the terms of the elected bodies and before the conduct of the elections due thereafter. The interregnum has regrettably been used to try and create a political environment favourable to the election of persons who are believed to be sympathisers of the ruling party at the State level at the time.

The general feeling that these institutions have only largely been paid lip service by the political leaders is reinforced by the casual, if not contemptuous, manner in which almost all State governments have treated the matter of devolution of powers and functions. Many State governments have issued orders transferring almost all the 29 functions mentioned by the Constitution of India to the Panchayati Raj bodies. But in the matter of truly empowering them by endowing them with the three ‘f’s (referred to earlier), very little sincerity has been forthcoming.

For example, there has been no State Finance Commission (SFC) in the State of united AP ever since the year 2005. The Third Finance Commission appointed in the year 2003 has been only on the paper as its report was submitted much beyond its earmarked period. Even though Telangana government appointed an SFC during 2018, nothing much is known about its functioning. While the government of India devolves around 42% of their revenues to the States, there is negligible further devolution from the States to the LSGs.

An aspect of the conduct of elections to Panchayati Raj bodies that has become the subject of experimentation is the question of direct or indirect elections to the bodies at various levels. This issue is linked directly to the rather unfortunate development of elections to local self-government bodies taking place under the banners of different political parties for quite some time. It has been the experience of this columnist that political leaders who possess charisma and are popular with the electorate generally prefer to go for direct elections to all the three levels (NTR did this for instance), as they feel that their personal image will translate into seats for the candidates chosen by their party.

Parties which enjoy vast resources and are generally not uncomfortable with manipulative politics, on the other hand, prefer the indirect election where not a popular mandate but, rather, their ability, literally, to ‘buy’ enough numbers of persons at different levels to ensure the security of their political interests through influencing their choices in indirect elections.

This columnist (while serving as a Block Development Officer while under training in 1969 in Krishna district of Andhra Pradesh), in fact, was witness to the amazing spectacle of dozens of Sarpanches of villages who had been recently elected being whisked away to a ‘camp’ (usually a faraway hill station or a five-star hotel in the nearby city- virtual prisoners subjected to ‘compulsory enjoyment’) until it was time to parade them before the election authority for electing, on the President Panchayati Samiti, the person chosen by the party which orchestrated the whole exercise. It will be recollected that a more sophisticated form of this strategy was followed in respect of the MLAs supporting NTR when he (NTR) had been unseated temporarily by a party rival in 1984.

All the ups and downs the system has been through over the decades notwithstanding, the fact remains that empowering local bodies is the only method of ushering in an era of democratic governance in the truest sense in the country. One model that can serve as an example is the one which is in force in the USA where not only the civic chiefs of towns and cities but also even the chiefs of police are elected officials. One can only hope and pray that realisation will dawn in the minds of our leaders in the near future.