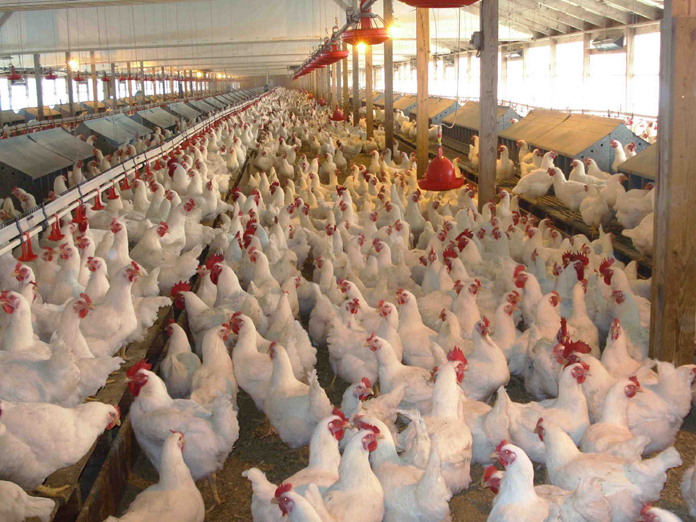 Indias maize yield for the current kharif season is expected to take a beating due to an infestation of the Fall Army Worm as well as low rainfall,...

India's maize yield for the current kharif season is expected to take a beating due to an infestation of the Fall Army Worm as well as low rainfall, according to media reports. This has pushed prices to nearly Rs 2,000 a quintal, up from about Rs 1,100 in October. The government is yet to release an estimate of the shortfall, but poultry farmers are already alarmed that the cost of feed will shoot up, as are the feed-makers.

To tide over fodder shortage, the Indian feed industry has demanded the import of distillers dried grains with soluble (DDGS), the by-product of ethanol produced from corn, from the United States. It is a cheap source of protein, fat, minerals and vitamins and can be added as an ingredient to livestock feed. However, DDGS in the US, is made from genetically modified (GM) corn.

“Only Ukraine and remote parts of Africa has tradable surplus of non-GMO corn,” says Raghavan Sampath Kumar, executive director at Compound Livestock Feed Manufacturers' Association of India based in Maharashtra. The GM varieties also work out to be slightly cheaper.

While corn/maize is currently selling for $161 per tonne in Ukraine, GM varieties in Chicago, US, was for about $148. The $13 difference work out to be about Re 1 a kilogramme at current exchange rates. If shipping costs make these rates rise to the levels currently seen in Indian markets, “it will be an additional option as we are facing a deficit,” Kumar says. He is quick to add that such imports should be for the short term: “This should not become a practice and affect the Indian farmers.”

In India, there is till now no regulation to control the entry of GM DDGS. Unable to come to a decision on this, the Genetic Engineering Approval Committee (GEAC), under the Ministry of Environment, Forest and Climate Change, formed a special sub-committee in September 2018 to look into the matter, but the group is yet to meet. During the last GEAC meeting held on November 20, 2018 it was agreed that the committee would consider the application related to the import of DDGS.

Sujata Arora, adviser and vice-chairperson of GEAC, who is also part of the sub-committee, said that applications regarding the import of feed are on hold. “The sub-committee is planning to meet shortly and come up with import guidelines,” she says. Besides DDGS, the application for import of horse feed containing GM soybean has also been deferred.

Delhi-based P R Seeds & Grains Pvt Ltd, a horse feed supplier, has been requesting its import for over a year, says manager Anil Shirshat. According to him, imported horse feed has improved nutrition. “As horse meat is not eaten, feeding imported products obtained from GM soybean should not be a problem,” adds Shirshat.

Need for more fodder
According to a study published by the Jhansi-based Indian Grassland and Fodder Research Institute, conducted in June 2013, India had 50.2 per cent deficiency in feed. Kumar says that around 30 million tonnes of feed is produced every year. Out of this, 20 million goes to the poultry sector, 9 million to dairies and 1 million for aquaculture.

Meanwhile, in the absence of adequate and nutritious feed, farmers are finding it difficult to raise cattle. “Gujarat dairy farmers are spending Rs 500-600 per kg on cattle feed,” says Ketul Patel, managing director of Miki Maize Milling Pvt Ltd. He adds that the shortage is pushing farmers to feed 2 kg fodder instead of the recommended 4 kg.

“Sometimes, farmers are adding vegetable peels and water in the feed. This impacts the milk quality. Farmers, who sell directly to consumers, thus fail to match market standards and incur losses. We have been requesting GEAC for importing DDGS as this is a good feed supplement and the cost will reduce to Rs 200-250 per kg. But the application has been kept on hold for more than two years now,” says Patel.

Earlier, farmers used to get the by-product from beer processing, which they used as feed. This was added in cattle feed in the wet form, which had a low shelf life. But now processing industries have started collecting the waste, and after drying, it is sold in the market. “This has increased the price,” says Anurag Wadhwa, one of the partners of Nurture Organics Pvt Ltd, a Delhi-based feed manufacturer.

Negative impacts
India has only one biotech product approved for animal feed—cotton seed cake. But experience using GM cotton seed cake has thrown up problems. The Supreme Court’s Final Report of the Technical Expert Committee released in 2012 points out the findings of an experiment where BT cotton seeds were fed to cattle. The animals were divided in two groups and their milk yields recorded. The yield in cows fed on non-Bt cotton first showed no change during the first phase and also later.

On the other hand, cows fed on Bt cotton first showed a decline in yield after switching over to non-Bt feed, thus suggesting a carryover effect. Farmers too have observed such changes. Gopal Sutriya, a cattle farmer at Sarkhej village near Ahmedabad, says that the reproductive cycle of cows was badly hit. This started to occur when farmers in my village started feeding Bt cotton seed to cattle. “Some of them became sterile at an early age. In Gujarat, 95 per cent of the area is under Bt cotton,” he says.

But others disagree. Amit Sachdev, the representative of global network, US Grains Council in South Asia, says, “DDGS is made from GM corn, but it is a non-living modified organism as per the Cartagena Protocol on Biosafety passed in 2003. In many countries, DDGS does not come under GM, as it is a by-product. Import is needed to make livestock feed affordable. The need for feed is increasing with greater demand of meat, milk and eggs.”

But Rohit Parakh, agriculture and food policy analyst based in Mumbai, says, “India's decision to import subsidised GM feed will not be fair to farmers. We must not forget the Technical Expert Committee report which found that Maharashtra-based Mahyco’s data indicated reduction in milk yield in animals fed on Bt cotton.” However, Kumar allays such fears. “As India does not produce DDGS, we are seeking permission for its import. This will be an option for the industries, and in case of deficit in local feed.”

Experts say that alternatives such as azolla, a type of water fern, cactus and pods of mesquite tree are being developed as feed. Vitthal Keshav Kauthale, thematic programme executive of BAIF Development Research Foundation, a Pune non-profit, cites research conducted on thornless cactus (Opuntia ficus indica) with financial aid from NABARD in 2015.

Field trials showed that goats fed on this particular cactus gained body weight. BAIF has developed cactus plantations on its campuses across India. But it remains to be seen whether such measures will stop the entry of GM feed in India. (Courtesy: Down To Earth)