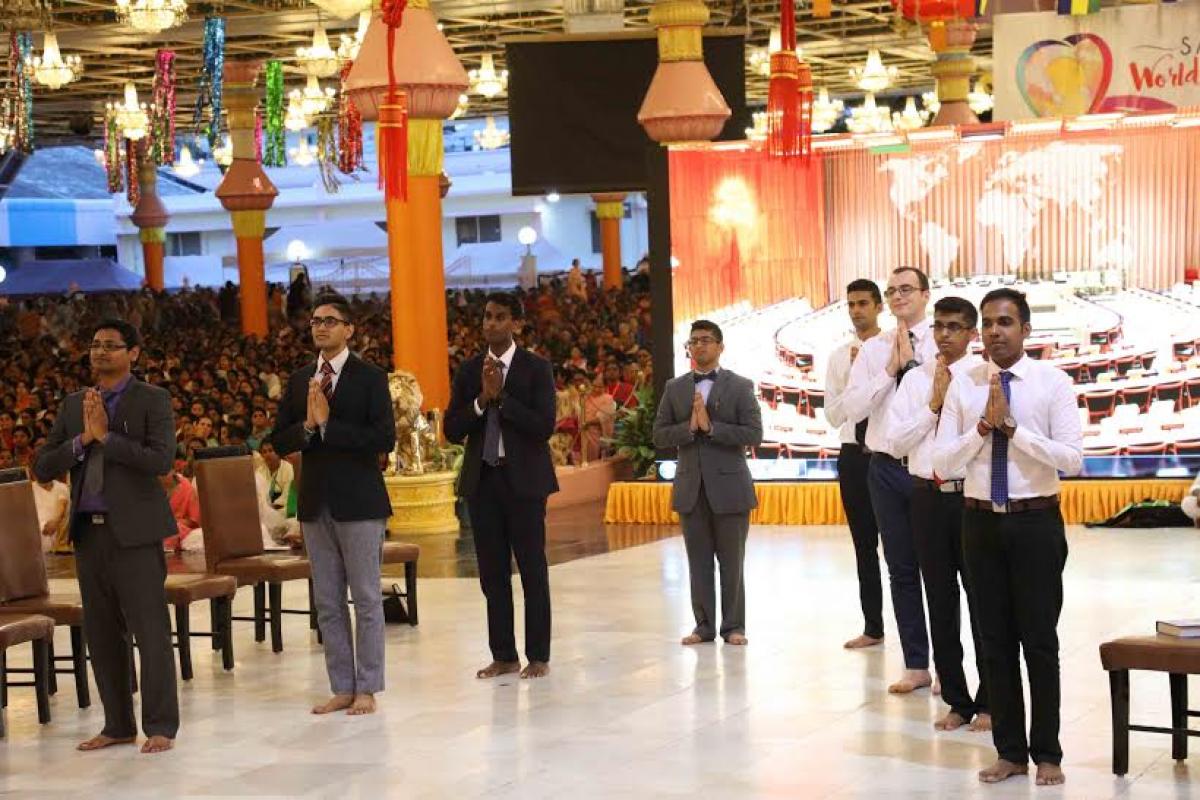 On to Day-2 of the ongoing SSWYF-2016, Sai Kulwant Hall witnessed a series of three talks, including a summary presentation, followed by a Musical Presentation this evening here, in Prasanthi Nilayam.

On to Day-2 of the ongoing SSWYF-2016, Sai Kulwant Hall witnessed a series of three talks, including a summary presentation, followed by a Musical Presentation this evening here, in Prasanthi Nilayam.

Addressing first Mr Lorenzo Casadio, Dy Central Coordinator Zone 6 of SSIO deliberated on the topic "Sailing through the Ocean of life," reminding the audience of the importance of making friendship with God, considering Swami as the Best Friend. Sailing through the topic, Lorenzo, with rich anecdotes from his own perceptions, asked the youth as to how do we discharge our duties, as per the benchmark set of Bhagawan...? and where do we find the strength and inspiration while making an impact in our personal lives?? One need to find the answer, find Him in the deep recess, recognizing Him as the One and Only Friend, observed Lorenzo, speaking with firm conviction.

Sri Venkataramanan, delivering a straight-from-the heart-speech, reflected on his initial days of joining in the Sathya Sai world, coupling the same with the greater lessons it offered, that at that point of time appeared elusively unclear. Referring to the platform of Sai Youth, the speaker opined that such a platform does not exist anywhere and it is a great boon to have Sai as the uniting factor in our lives... Perhaps we can think of a united platform that makes a difference in the lives of millions of people, concluded the speaker.

International Music Team of SSIO then presented a special musical offering entitled "What It Means To Be A Sai Youth" musically depicting, with intertwined commentary, the journey of a Sai Youth, with each zone representing with its own musical tradition, connecting to Sai.

This was followed by a Drama Presentation by the World Drama Team of SSIO. The Drama was entitled "Love Is The Path to To Transforming The World", a story of transformation by the soldiers of Sathya Sai.

Earlier, Mr Dashendran Reddy, Zonal Youth Coordinator Region 9A presented the Summary of Proceedings of the 2nd day of the SSWYF-2016. Bhajans by the International Sai Youth followed and the session ended with Mangala Arathi to Bhagawan.