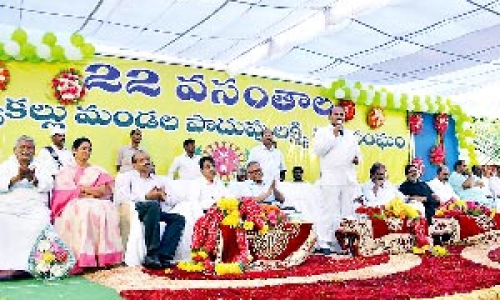 The iconic Eden Gardens, Kolkata will host India\'s first day-night game with a pink ball, starting June 18th. The four-day game, which is the final of the Super League tournament will feature a pink Kookaburra, which has been

Kolkata : The iconic Eden Gardens, Kolkata will host India's first day-night game with a pink ball, starting June 18th. The four-day game, which is the final of the Super League tournament will feature a pink Kookaburra, which has been a topic of engagement amongst the cricket fraternity world over in the past year.

Expectedly, there is much anticipation amongst cricket's players, pundits and administrators about this change. At a panel discussion on Thursday, CAB President and former captain Sourav Ganguly was joined by former Australian batsman Dean Jones, former Indian batsman VVS Laxman and commentator Harsha Bhogle. The gentlemen deliberated upon the various facets of playing with the pink ball but were unanimous in agreement that it would be a step forward in supporting the future of test cricket in India and abroad.

The four-day match is the final of the CAB Super League, which is Bengal's first-division inter-club championship, and it will see Bhawanipore Club taking on Mohun Bagan A.C., the latter boasting of India caps such as Wriddhiman Saha and Mohammad Shami. It will be the first domestic face-off of its kind in India where the SG ball will give way to a pink Kookaburra.

Reflecting on the latest development, former Indian skipper and current CAB President Sourav Ganguly said: "It's a proud moment for CAB to host the first pink ball game in India at the Eden. I believe, pink ball will revolutionize test cricket in India and abroad."