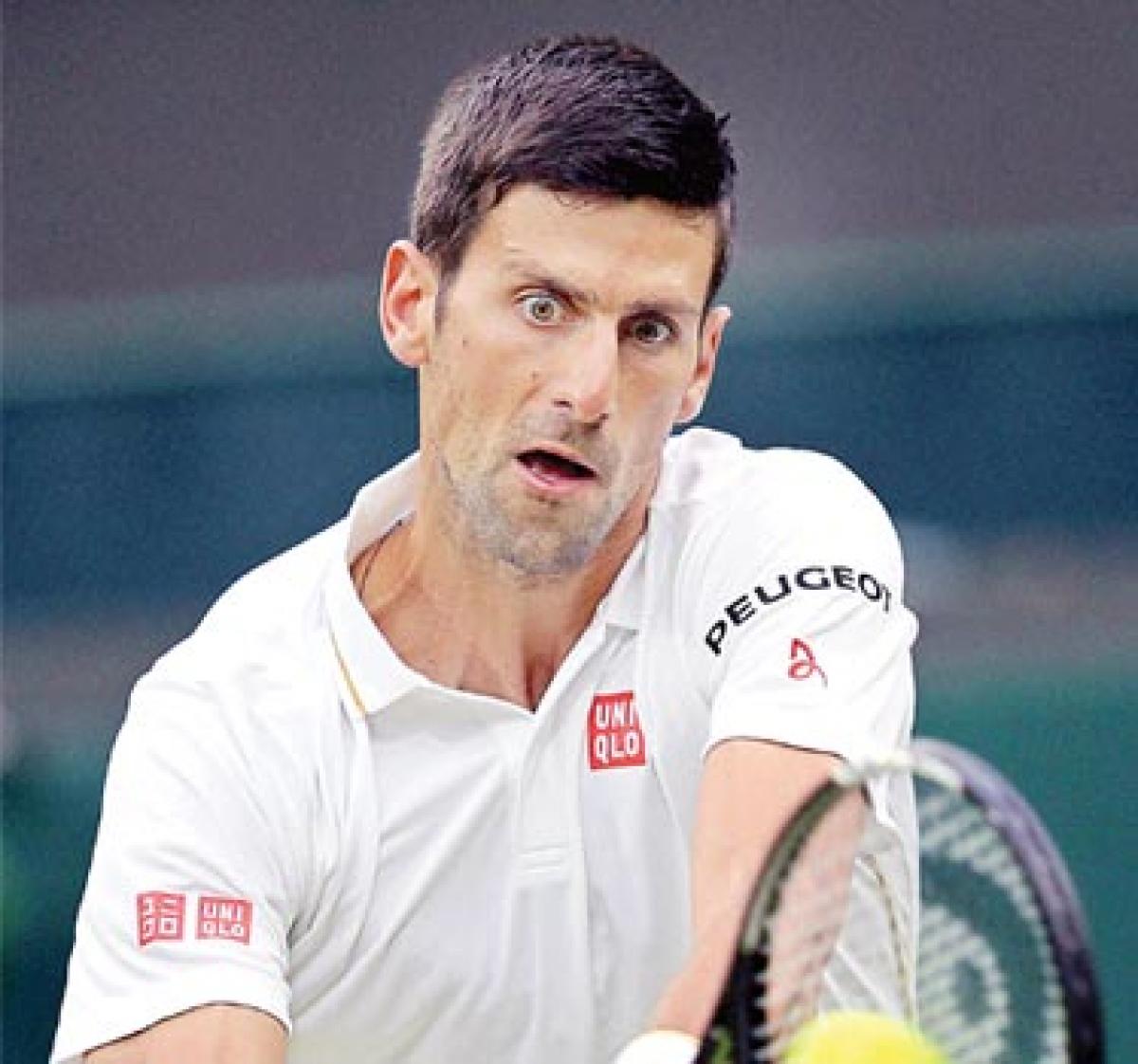 The top seed, bidding for a third consecutive title at the All England Club and fourth in all, will face either American 28th seed Sam Querrey or Thomaz Bellucci for a place in the last 16.

London: World number one Novak Djokovic racked up his 30th successive Grand Slam victory on Wednesday as rain-lashed Wimbledon braced itself for the latest chapter in Marcus Willis' rags-to-riches blockbuster.

Defending champion Djokovic brushed aside Adrian Mannarino, who was celebrating his 28th birthday, 6-4, 6-3, 7-6 (7/5) to reach the third round.

The top seed, bidding for a third consecutive title at the All England Club and fourth in all, will face either American 28th seed Sam Querrey or Thomaz Bellucci for a place in the last 16.

Djokovic's match was played under the roof of Centre Court as heavy rain brought chaos to the schedule.
Only 15 minutes of play was possible on the outside courts up to the late afternoon causing 22 singles matches to be cancelled and men's doubles ties to be reduced to best-of-three setters.

Fortunately I was scheduled on Centre Court, that helps on days like this and when the roof is closed the atmosphere gets even more special," said 12-time major winner Djokovic.

I do have a lot of expectations for myself but I am grateful that I am able to play at a high level so consistently. To have 30 Grand Slam wins in a row is a stat I am proud of."

Willis, who makes his living coaching children and senior citizens at a rowing club in the English midlands, has provided the feelgood factor of the week.

Having never played a tour match before Wimbledon, the sturdily-built left-hander, dubbed 'Cartman' after a portly character from cartoon series South Park, finds himself facing a man who has won 79 matches more than him at the All England Club.
Federer has career earnings just shy of $100 million; Willis has banked just $200 this year and still lives with his parents.

Under the Centre Court roof, Polish third seed Agnieszka Radwanska reached the last 64 with a 6-2, 6-1 win over Ukraine's Kateryna Kozlova to preserve her record of having never lost in the first round at Wimbledon.

Radwanska, the 2012 runner-up, will face either Karin Knapp of Italy or Ana Konjuh of Croatia for a place in the last 32.
Such was the ease of her victory that part of her news conference dealt with questions over the Brexit vote and reports of hostility towards the Polish community in Britain.

Well, I know there's a lot of Polish people working, living here. I'm not aware of every comment, so I don't think I should comment on it," she said.