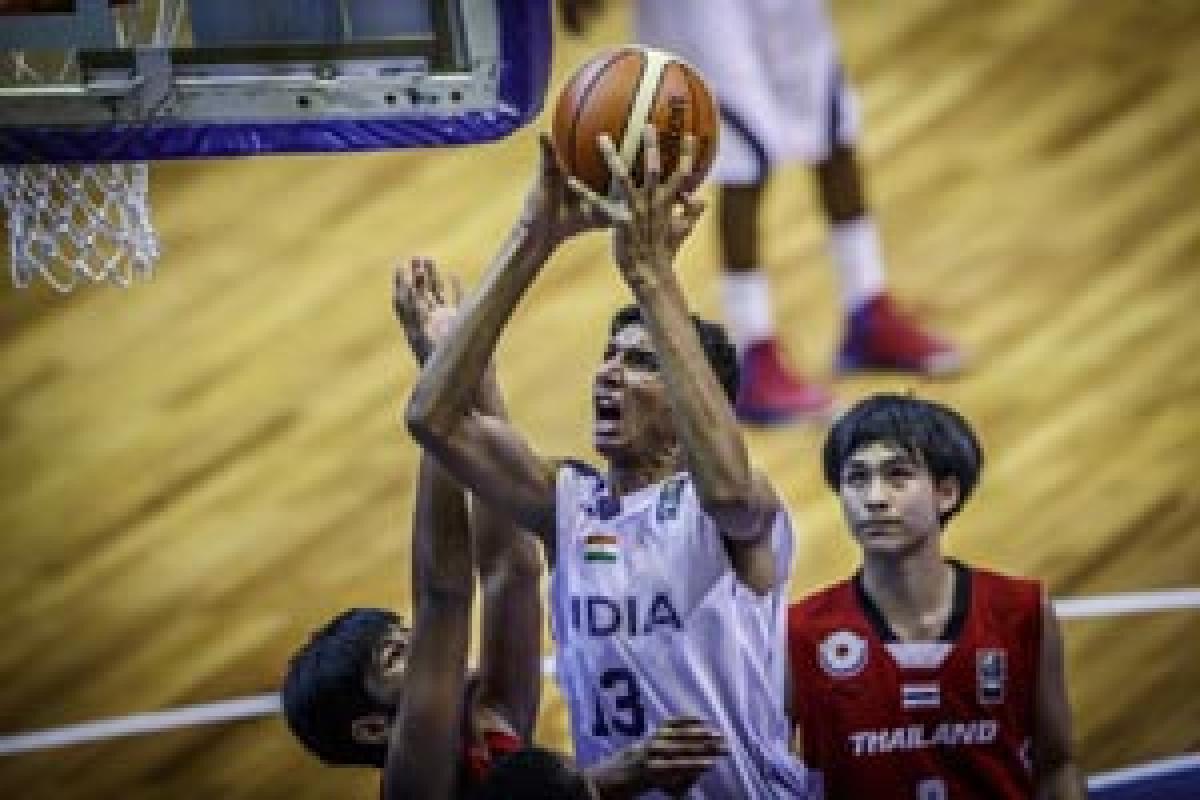 The Indian basketball team got off to a high flying start against lower-ranked Thailand, winning 100-93 in the 24th FIBA U-18 Men\'s Championship that kicked off at the Azadi Sports Complex in Tehran on Friday.

Hyderabad: The Indian basketball team got off to a high flying start against lower-ranked Thailand, winning 100-93 in the 24th FIBA U-18 Men's Championship that kicked off at the Azadi Sports Complex in Tehran on Friday.

Keen to start off on a winning note in this all important first game, Head Coach Dilip Gurumurthy relied heavily on his starters, with India's 'Big Three' of guards P Baladaneshwar, Sahil and centre Vishal Kumar Gupta playing the full quota of 40 minutes.

Only two players-Mohammed Ali and Rachit- came off the bench, with the former scoring 15 points in a little under 21 minutes. India outscored Thailand by 14 points in the first half, while Thailand managed to score 50 points to India's 43 in the second half.

India's clear advantage in this match was the fact that they managed to grab 45 rebounds compared to Thailand's 31. At 6ft 6 inch, Vishal was a huge part of that, finishing with a double-double of 16 points and 14 rebounds. The UP centre also registered 3 blocked shots.

Apart from Vishal, India predictably utilised talented playmaker Baladaneshwar's all-round game. The Indian captain was everywhere, scoring at ease (21 pts), grabbing rebounds, making assists (5 each), getting steals and blocking shots (1 each). Rounding off the big three was Haryana shooting guard Sahil, who lived up to his position, knocking down five three pointers to end with a team high 25 points.

Not to be outdone, the supporting cast of Hariram Raghupati (17 pts & 6 rbs) and Muhammad Ali (15 pts) kept India's scoreboard ticking in the second half, to ensure that the fighting Thailand stayed at least three possessions behind India throughout the game. India next plays defending champions China on Saturday.